President Aliyev: After that we will work on return of Azerbaijani refugees to Nagorno-Karabakh 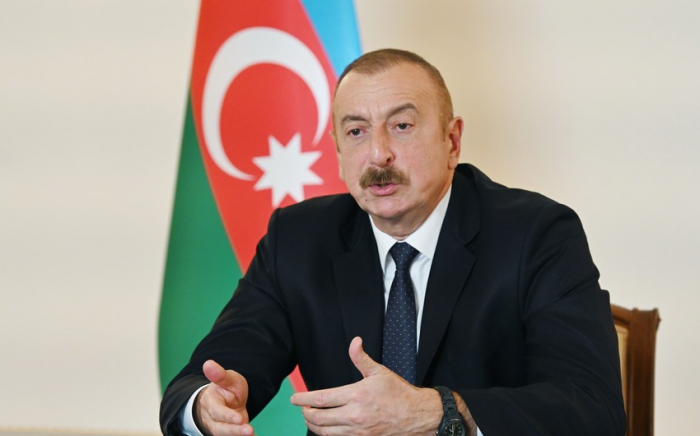 Unfortunately, Armenia did not agree to the basic principles which have been elaborated by the Minsk Group co-chairs and the previous Armenian leadership, Azerbaijani President Ilham Aliyev said in an interview with BBC News.

“These basic principles say that in the first stage they have to liberate five occupied territories, at the second stage-two,” the head of state said.

President Aliyev noted that after that the state will work on the return of Azerbaijani refugees to Nagorno-Karabakh.

“Because before the war in 1990s, there have been 40 thousand Azerbaijanis living in Nagorno-Karabakh, and the percentage of Azerbaijani population was 25%. So, they expelled them all, and after that, committed ethnic cleansing, and then, announced independence,” he added.