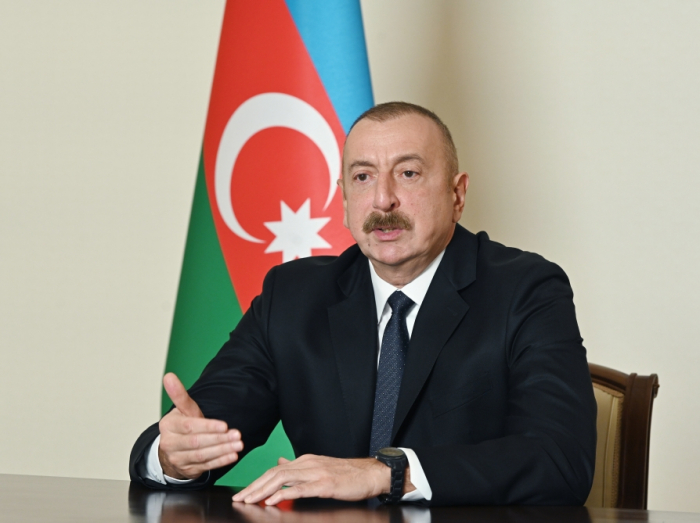 In the basic principles which Armenia did not accept, and actually they are not valid because Armenia did not accept them, in the basic principles there is a provision that Azerbaijanis will return there and they will be living there in peace, in security, with security guarantees, Azerbaijani President Ilham Aliyev said in an interview with BBC News.

“We did not go too far in negotiation process in order to specify what kind of governance will be there,” said the head of state.

President Aliyev noted that Azerbaijan’s position is there must be a certain level of self-governance, like municipal governance or cultural autonomy for Armenians.

“But we didn’t go too far. And if Pashinyan did what I ask from the very beginning, when we liberated Fuzuli, then the war would have stopped, and we would have talked now about how to move on the negotiation table. But he doesn’t make this commitment. Therefore, if it continues like that we will continue. There is no other way. We will go until the end before we restore the territorial integrity of the country, which is recognized by the whole world,” the head of state added.