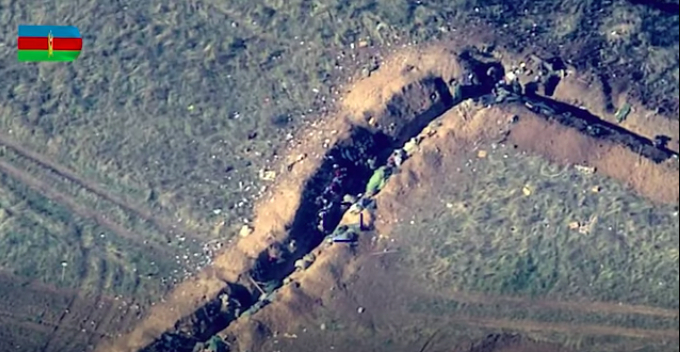 On November 9, the Armenian manpower was destroyed in the Khojavend direction of the frontline by the precise fire of the Azerbaijani Army, AzVision.az reports citing the Ministry of Defense of Azerbaijan.