Armenia has paid for blood it has shed, says Devlet Bahceli 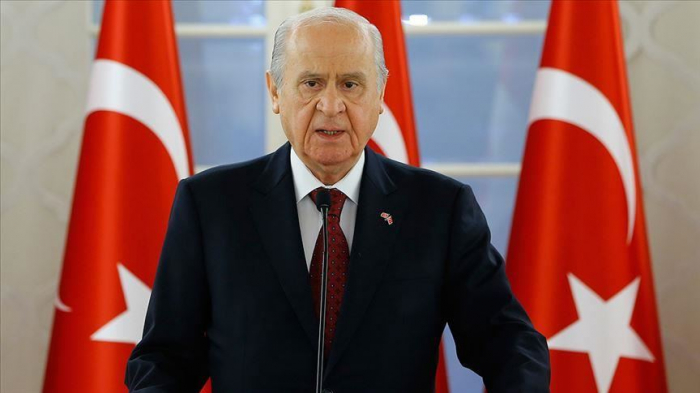 Armenia has "paid the price for the blood it has shed" in the Nagorno-Karabakh region, a prominent Turkish lawmaker and party leader said on Wednesday.

"Karabakh is Turkish, Karabakh is free, Karabakh is Azerbaijan [...] 300 years of persecution is over, and the occupation of [Karabakh] has ended," Bahceli told the parliamentary group of his Nationalist Movement Party (MHP).

He underlined that the nine-point agreement legally confirmed Azerbaijan's victory.

Azerbaijani President Ilham Aliyev welcomed the agreement as a victory for his country, saying Baku's military success enabled it to gain the upper hand and end the three-decade occupation of its territory.

The Turkish leadership also hailed the truce, terming it a "great victory" for Azerbaijan.

Relations between Azerbaijan and Armenia have remained tense since 1991, but fresh clashes broke out on Sept. 27.

Baku liberated several cities and nearly 300 of its settlements and villages from Armenian occupation during this time.