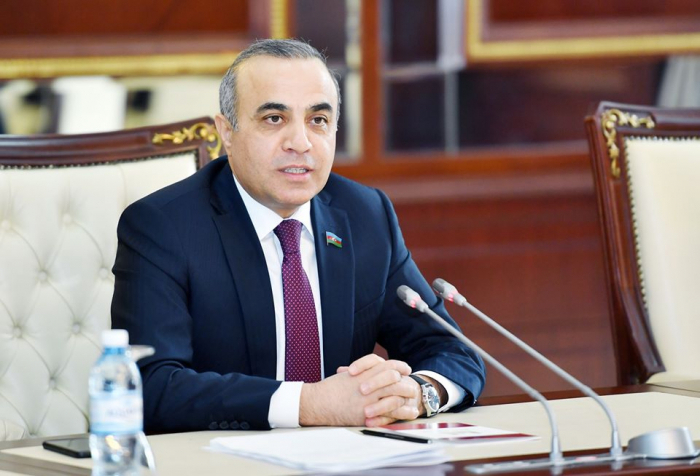 Vice-President of the OSCE Parliamentary Assembly, Head of the Azerbaijani delegation to the OSCE PA Azay Guliyev attended a virtual meeting of the organization’s Standing Committee.

“I’m glad and honored to announce the end of the Armenia-Azerbaijan conflict, one of the bloodiest conflicts in the OSCE area,” the MP said.

Guliyev reminded that on September 27, 2020, Armenia has launched a new wave of aggression against Azerbaijan by targeting Azerbaijani cities and villages densely populated by civilians, far from the conflict zone.

He also touched upon the liberation of Shusha city by the Azerbaijani Army.

“I am proud to emphasize that Shusha, the pearl of Nagorno-Karabakh and a sacred place for every Azerbaijani in the world, is among the liberated cities,” Guliyev added.

The MP described the document signed on November 9 by the President of Azerbaijan, the President of Russia and the Prime Minister of Armenia as the triumph of historical justice and international law.

“Thus, Azerbaijan alone ensured the implementation of UN Security Council Resolutions 822, 853, 874 and 884, which had remained on paper for 27 years,” he said.