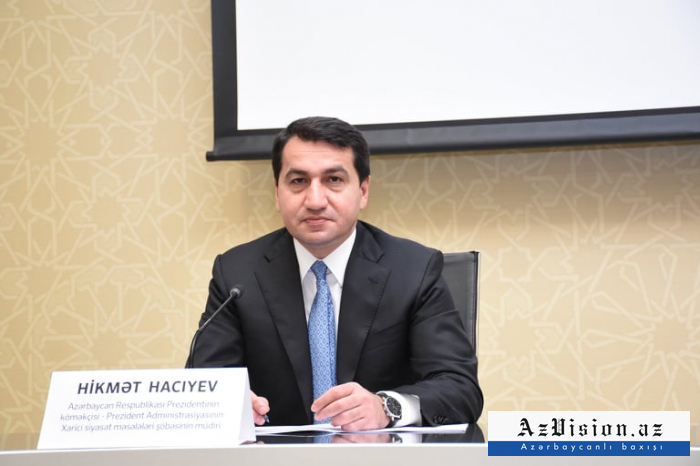 Civilian infrastructure has been severely damages as a result of the shelling of Azerbaijan’s civilian population and facilities by the Armenian armed forces since September 27, Hikmet Hajiyev, Assistant to the Azerbaijani President, Head of Foreign Policy Affairs Department of the Presidential Administration, said on Friday, AzVision.az reports.

Since September 27, the Armenian armed forces have deliberately fired more than 30,000 shells and over 227 missiles at the civilian population and facilities of Azerbaijan, Hajiyev noted.