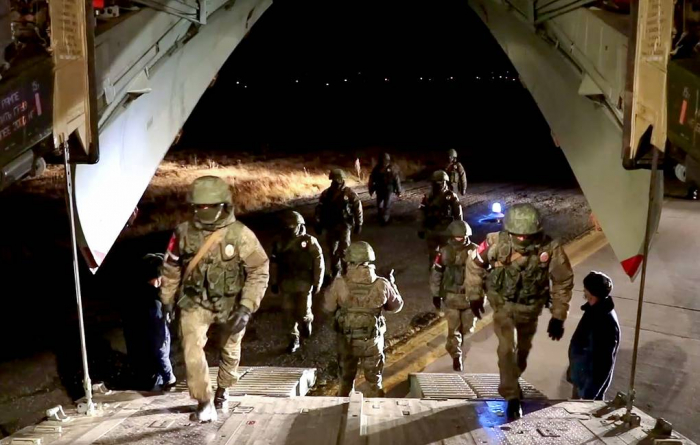 Two more planes carrying Russian peacekeepers left for Yerevan to be deployed in the Nagorno-Karabakh region, AzVision.az reports citing the Ministry of Defence of the Russian Federation.

According to the ministry, the plane will deliver 10 BTR-82A armoured vehicles, logistics equipment and 30 peacekeepers to the airport in Armenia.