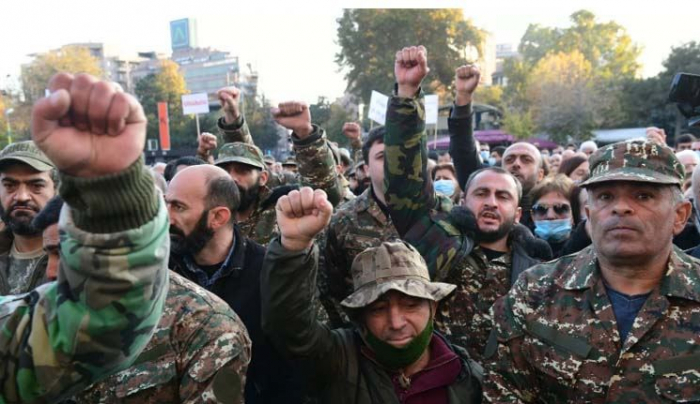 The Armenian war veterans, who gathered outside a court building in Yerevan, chanted various slogans such as “Nikol is a traitor” and “Tribunal”.

They said that Prime Minister Nikol Pashinyan should be held accountable for a heavy military defeat.

Ashot Minasyan, the participant of the Karabakh battles, has been arrested. He is accused of plotting the assassination of PM Pashinyan and attempted power seizure.