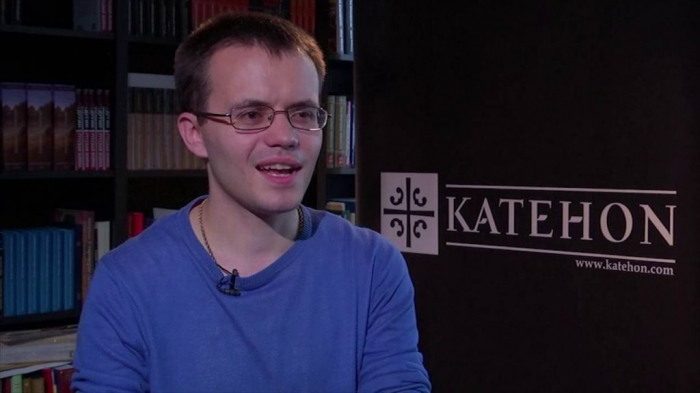 "Video footage and other reports have widely circulated in the week since Armenian separatists and their state sponsor surrendered in the Nagorno-Karabakh War showing them pursuing a so-called “scorched earth” policy in the occupied territories that they're forced to withdraw from. Examples of this include the burning down of villages, destruction of telephone poles, last-minute deforestation, and other acts of vandalism. These aren't the acts that any people who sincerely regarded such territory as their own would ever commit, but the crimes of an illegal occupying force which has no choice but to withdraw from the stolen land that they lost.

To be absolutely clear, not all Armenians are illegal occupiers nor separatists, but those that fit this description are carrying out these crimes. All Armenians who were born in the occupied territories prior to their nearly three-decade-long loss, as well as their descendants, are welcome to remain there as the rightful Azerbaijani citizens that they are unless they make the personal choice for whatever their reason may be to move elsewhere. What's unacceptable, however, are illegal occupiers who came to those Azerbaijani lands from Armenia and other foreign countries staying there after the war ends.

Those individuals literally have nothing left to lose since all that they pretended to own was actually stolen from others. That's why they have no qualms about carrying out their scorched earth policy. They don't even care about the Azerbaijani Armenians who decided to remain in the country after the occupied territories were liberated otherwise they wouldn't have ever destroyed their land like they're doing. This proves that the illegal occupiers were always exploiting the local Armenians from the very beginning. They showed their true face after the war ended, confirming what many had long claimed about their selfish interests.

The Armenians of their titular nation and their diaspora had always taken advantage of the Azerbaijani Armenians. They incited some of them to secede, but then never took care of their socio-economic interests during the nearly three decades of occupation prior to last week's liberation. Those self-interested forces only wanted to exploit them as cannon fodder and so-called “plausible pretexts” to “justify” Armenia's aggressive invasion of approximately one-fifth of Azerbaijan's universally recognized territory on so-called “humanitarian grounds”. As is now seen, it was actually the illegal Armenian occupiers who violated humanitarian principles.

The Azerbaijani Armenians deserve to have everything remain as stable as possible after liberation in order to facilitate their formerly occupied region's reconstruction, but the illegal occupiers want to impede that from happening, hence their vengeful acts of vandalism. They aim to destroy what little wasn't already ruined during those nearly three dark decades. This is exceptionally cruel and arguably violates the human rights of those who decided to remain in the region per their legal right as Azerbaijani citizens. The international community should therefore condemn this crime spree in order to avoid “normalizing” it and setting a bad precedent.

Looking towards the future, the formerly occupied region will certainly recover with time. The Azerbaijani government is fully committed to its physical and socio-economic reconstruction, having also promised to do its utmost to support its Armenian minority's human rights too. The retreating occupiers are trying to cast a pall over Baku's historic victory by ruining the occasion with their vandalism, but all that they've really done is show their true face and confirm everything that others had said about their selfishness. The Azerbaijani Armenians deserve better than to have their region destroyed by the illegal occupiers, but thankfully this is their last crime."