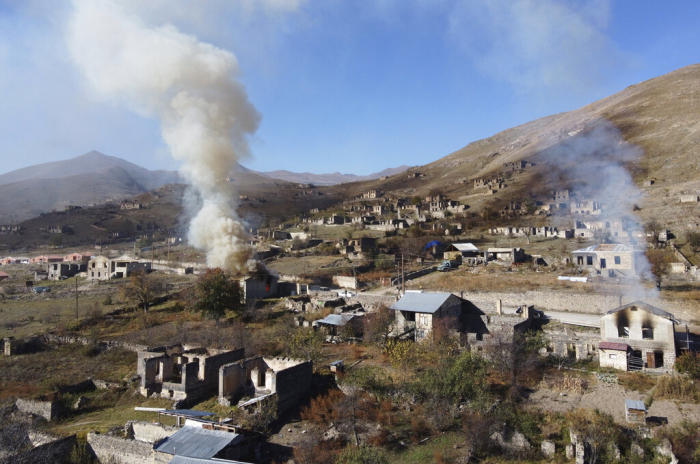 The photos spread on social media show that only a few numbers of Armenians settled in Kalbajar and they started destroying all the houses, demolishing shops and power substations before handing the district over to Azerbaijan as part of a peace agreement, AzVision.az reports.

Residents of the Kalbajar district in Azerbaijan, which has been controlled by Armenian separatists for decades, began a mass exodus last week following the Nagorno-Karabakh peace deal.