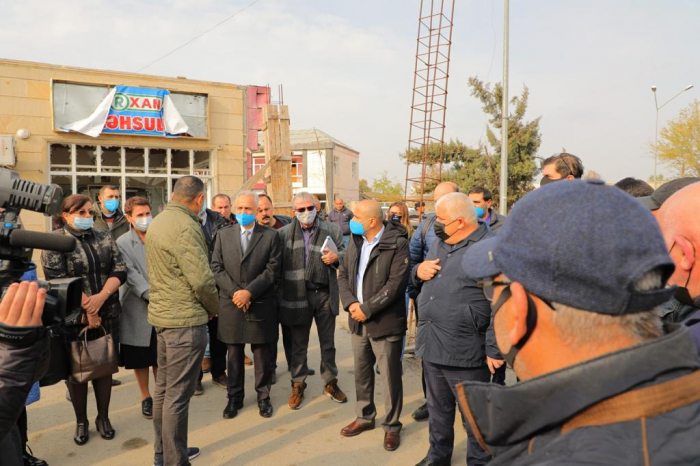 An inter-agency coordinated assessment mission comprised of technical experts from various UN agencies has concluded its four-day visit to the conflict-affected regions of Azerbaijan. The mission included representatives from the UN Resident Coordinator’s Office (RCO), FAO, IOM, OCHA, UNDP, UNICEF, UNHCR, and WHO.

The mission met with the heads of the local executive authorities in Barda, Aghdam and Agjabedi districts and visited  various sites, where the temporarily displaced persons, as well as conflict-affected communities, reside. The mission members also visited a number of villages and settlements adjacent to the conflict area to assess the scale of damaged civilian houses and civilian infrastructure. The findings of the mission are being prepared that should allow to understand prevailing vulnerabilities and design appropriate humanitarian response mechanisms in different sectors to complement the government’s actions.