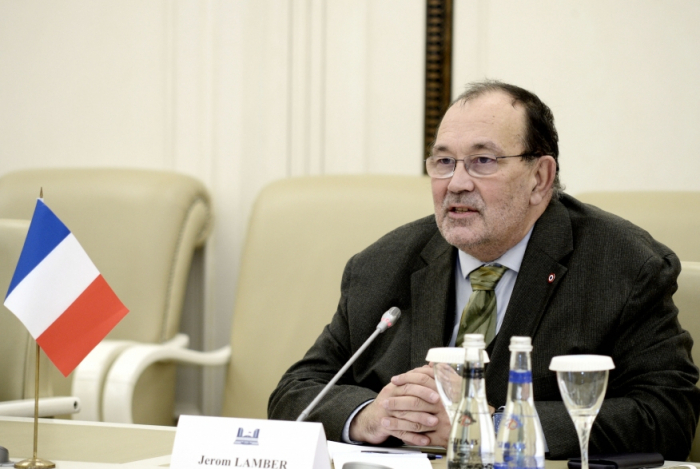 "The initiative by the Paris Mayor's Office on recognition of the so-called Nagorno-Karabakh is to invite France to recognize the so-called republic,"Vice-President of the France-Azerbaijan Friendship Group at the French National Assembly Jerome Lambert told AzVision.az.

Intention of Paris city contradicts France's obligations in front of the international law and its own national laws:

"Such aspirations are against many international laws, especially the inviolability of state borders. Four UN Security Council resolutions adopted in 1993 confirmed the belonging of Nagorno-Karabakh to Azerbaijan recognizing its territorial integrity. France is a country that voted for these resolutions. The Paris mayor's office cannot conduct parallel diplomacy with the French state and the Ministry of Foreign Affairs. In accordance with Article 5 of the French Constitution, diplomacy is French President’s field,” Jarome Lambert noted.

He noted that the French government signed a charter in May 2018.

"This petition clearly states that it is illegal for the French executive authorities to hold such rallies," he said. Therefore, such proposals of the city of Paris are illegal and unjust. Unfortunately, the Paris Mayor's Office is engaged in Armenian propaganda in France. It is a great irresponsibility for the Armenian community to oppose a ceasefire based on international law. I condemn such steps, "said the French parliamentarian.

Note, Paris Mayor's Office is preparing to recognize the so-called "Nagorno-Karabakh Republic" in the coming days. Paris Mayor Ann Idalgo, known for her pro-Armenian stance, is said to be actively working in this direction.