Hulusi Akar: Azerbaijani army did not take any steps contrary to int’l law 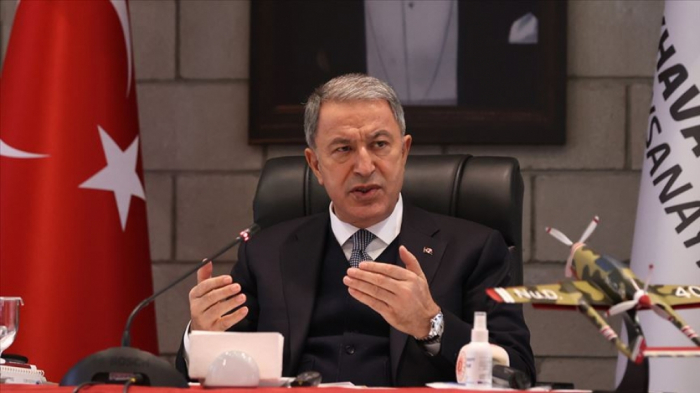 The Azerbaijani Armed Forces have achieved great success, liberating its territories that had been under Armenian occupation for almost 30 years, Turkish Minister of National Defense Hulusi Akar said on Saturday, AzVision.az reports.

He noted that Turkey has done everything necessary to protect all the rights and interests of fraternal Azerbaijan.

Akar reminded that Turkey has made a decision to deploy troops to Azerbaijan.

“Turkish troops will soon begin to fulfill their duties in Azerbaijan. All work on sending the Turkish ground forces to Azerbaijan has been completed,” the minister added.

As for remarks by some Western politicians that “the Azerbaijani Army destroyed Karabakh”, Akar stressed that such remarks do not correspond to reality.

“The Azerbaijani Army did not take any steps contrary to international law. The Azerbaijani Army’s task was to liberate the country’s territories occupied 30 years ago. Everyone should know this. The protection of the Motherland and liberation of occupied lands is a sacred duty of everyone. The Azerbaijani Army also did this. However, the Armenian armed forces openly shelled and bombed Azerbaijani civilians and settlements. The whole world has seen it, but some are still blind and deaf,” the Turkish minister added.