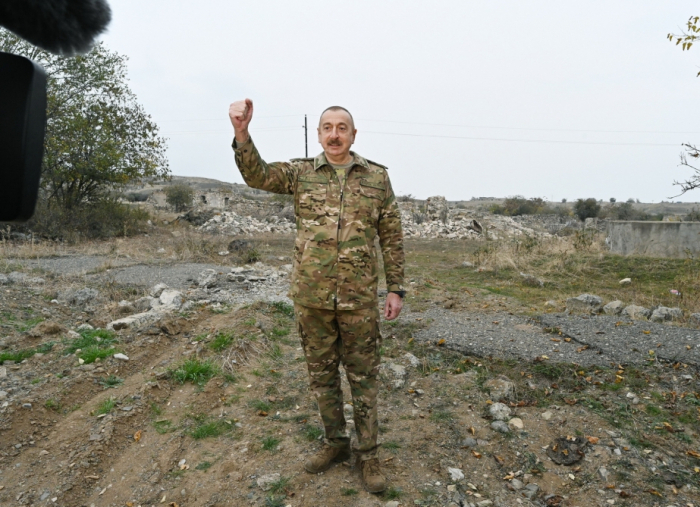 The Armenian side destroyed all the buildings and villages in our regions and exploited our lands, said President of Azerbaijan Ilham Aliyev during his visit to the Aghdam city liberated from the Armenian occupation, AzVision.az reports.

"The Armenian side will be held accountable for all war crimes in our lands. We will invite journalists, including foreign journalists, representatives of the diplomatic corps to Agdam. Let them come and witness all the destructions themselves", Ilham Aliyev noted.

Following over a month of military action to liberate its territories from Armenian occupation, on November 10, Armenia, Azerbaijan and Russia signed an agreement to end six weeks of fierce fighting in Nagorno-Karabakh.

Under the agreement, Aghdam region was handed over to Azerbaijan on November 20, 2020 which has been under occupation since 1993.