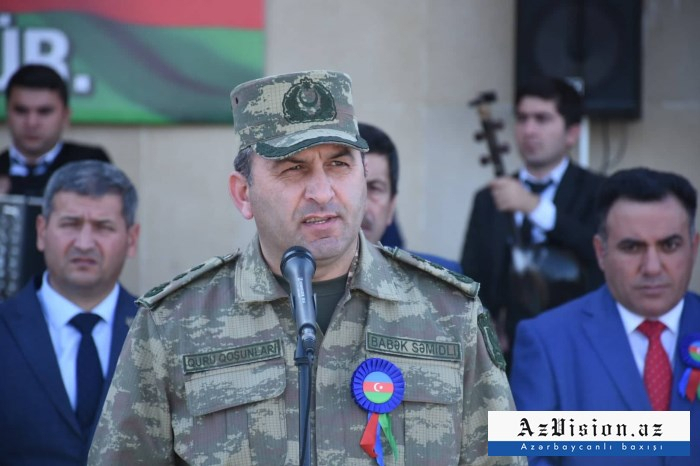 Azerbaijani Army officer, Colonel Babek Samidlli, who became a martyr on November 23 as a result of mine blast in Sugovushan settlement, was laid in rest in Martyrs' Alley in Goychay.

Members of the martyr's family, comrades-in-arms, members of the public and citizens attended to the funeral ceremony. 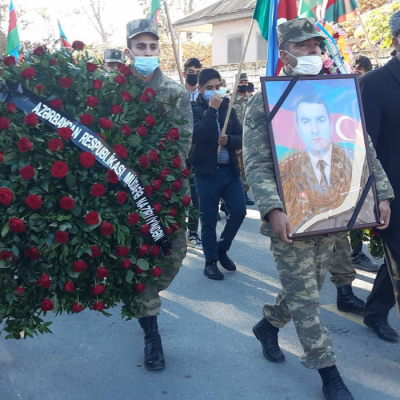 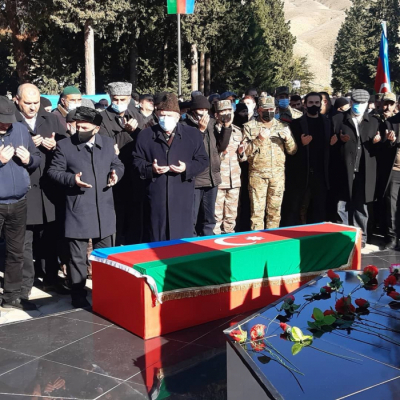