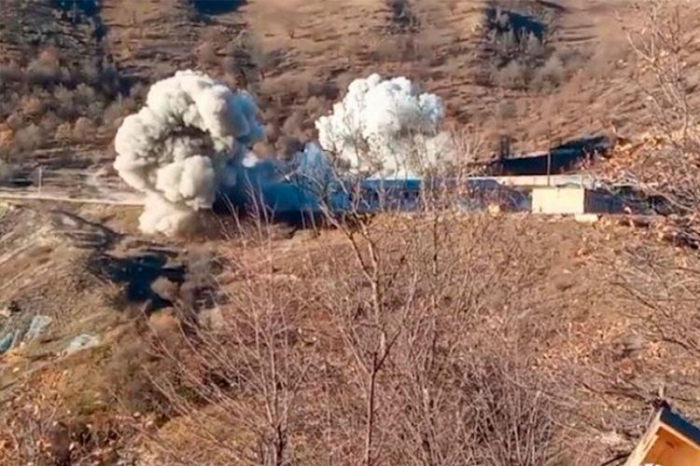 Tonight, the Azerbaijani Army will take control over the occupied Kalbajar region.

While withdrawing from Kalbajar region under the tripartite agreement reached on November 9, Armenian military units do not forget to blow up military units and barracks.

RIA Novosti filmed the moment when the building of the military unit was exploded by the Armenian military in Kalbajar.

The Armenians who evacuate Kalbajar burn not only military facilities, but also the houses where they lived, cut down trees and even dug the graves of their close relatives and took their bones with them.