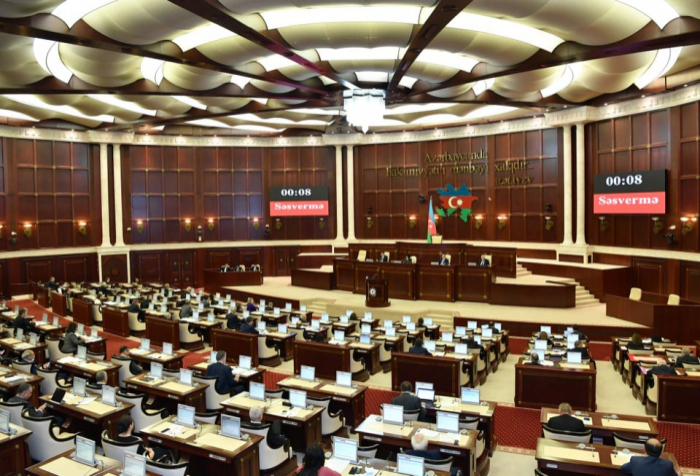 Azerbaijani Parliament on Thursday adopted a statement of protest against the French Senate’s resolution on the need to recognize the so-called “Nagorno-Karabakh Republic”, AzVision.az reports.

The statement reads: “The statement signed on 10 November 2020 by the Azerbaijani, Russian presidents and the Armenian prime minister put an end to the Nagorno-Karabakh conflict. This trilateral statement means the implementation of the relevant UN Security Council resolutions, which France also supports. This statement also ensured the implementation of documents adopted by other authoritative international organizations. The Azerbaijani Parliament recalls that the new reality must be accepted by everyone.”

The Azerbaijani Parliament called on the government to appeal to the OSCE leadership in order for France to be excluded from the Minsk Group.

The document was put to the vote and adopted.

Azerbaijani Parliament will make a statement on the draft resolution adopted by the French Senate on the recognition of the so-called ‘Nagorno-Karabakh Republic’, Parliament Speaker Sahiba Gafarova said at a plenary session on Thursday, AzVision.az reports.

Gafarova stressed that the position of France is biased, directed against the territorial integrity of Azerbaijan, and in this regard, the parliament will adopt the respective statements.

As earlier reported, on November 18, at the Presidium of the French Senate, a group of senators influenced by the Armenian diaspora presented a draft resolution No. 145 on the need to recognize the "Nagorno-Karabakh Republic", which was discussed and adopted on November 25.