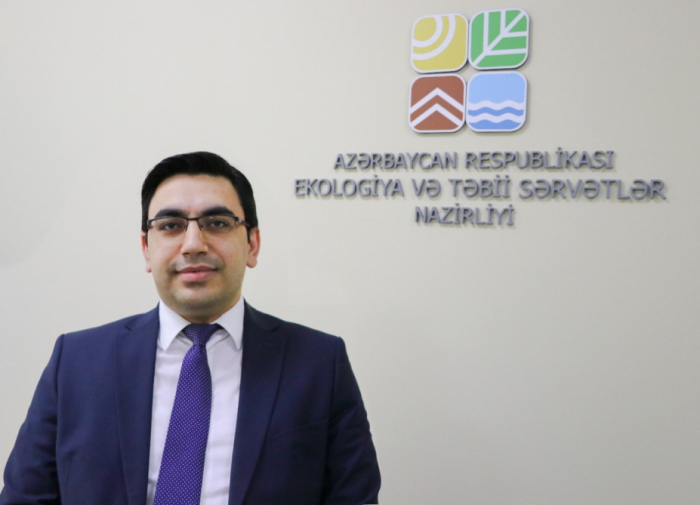 “The rivers and lakes of the liberated Kalbajar district will be re-studied and evaluated”, representative of the Ministry of Ecology and Natural Resources Faig Mutallimov has told AzerTag.

The largest lakes in Karabakh, Boyuk Alagol and Kichik Alagol, are located between the East and South Goycha ranges in the Kalbajar region. The lakes were formed as a result of volcanic eruptions and river crossings.

The Great Alagol is located at an altitude of 2729 meters above sea level, with an area of 510 hectares, a length of 3670 meters and a maximum depth of 9.4 meters.

There are about 30 lakes in the basin of the Great Alagol, including lakes that dry up in summer. The largest of these are Kichik Alagol, Jilligol and Dikpilleken lakes. The surface of the lake is covered with ice up to one meter thick from early November to late April. In June-August, the water temperature is 14-15 degrees.”

“Kichik Alagol, the second largest lake in Kalbajar, is located 2 km south-east of Boyuk Alagol. Most of the lake, with an area of 0.9 km², a length of 2,000 meters and a maximum depth of 4 meters, is covered with aquatic plants. The water is poured into the Great Alagol.

Many large and small rivers flow through the region, the largest rivers are Tartar and Khachin.

The 200-kilometer-long Tartarchay is the most wet tributary of the Kura River in Azerbaijan. It takes its source from mountain springs, mainly formed by groundwater.

The existing water resources in Kalbajar region will be re-studied and evaluated,” the ministry official said.