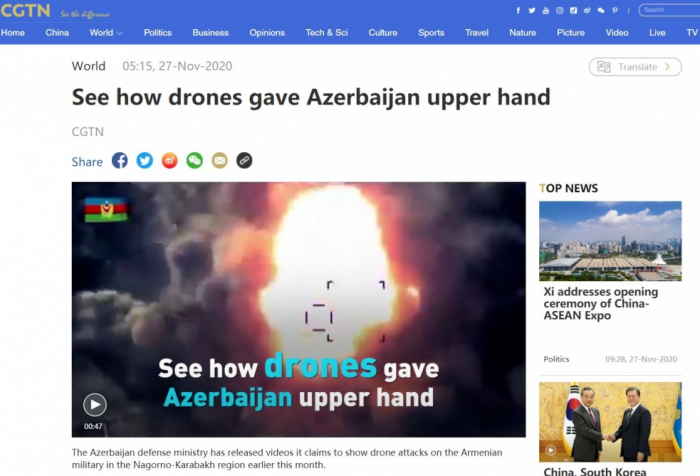 The website hailed Azerbaijan's skillful destruction of enemy targets with the help of various types of unmanned aerial vehicles (UAVs) in the Second Karabakh War, which began on September 27.

Furthermore, the website recalled that a Russian-brokered ceasefire deal ceased the hostilities in Nagorno-Karabakh, and according to the deal, Armenia is to hand over Aghdam, Kalbajar and Lachin districts to Azerbaijan.