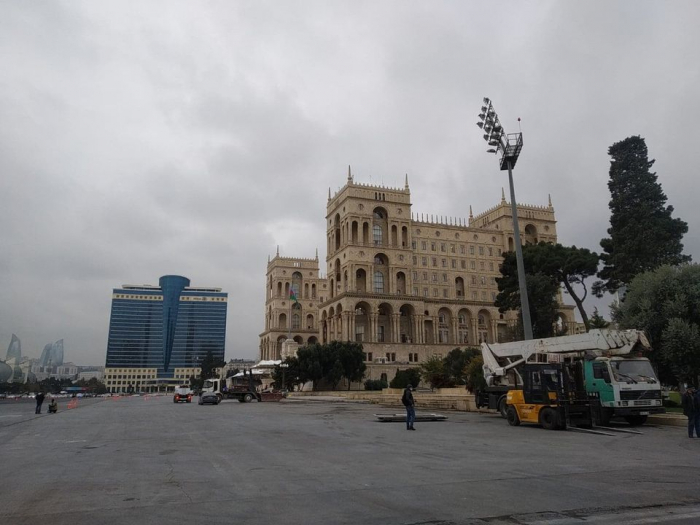 A grandiose military parade will be held in Baku to celebrate the historic victory of the glorious Azerbaijani Army in the 44-day Patriotic War.

The military parade is expected to be held on December 10. Preparations for the parade are underway in the capital’s Azadlig Square, AzVision.az reports.

A group of the military servicemen who distinguished themselves during the Patriotic War will reportedly march in the parade. The parade will also showcase a range of weapons and military equipment, unmanned aerial vehicles and aircraft, as well as Karabakh war trophies.