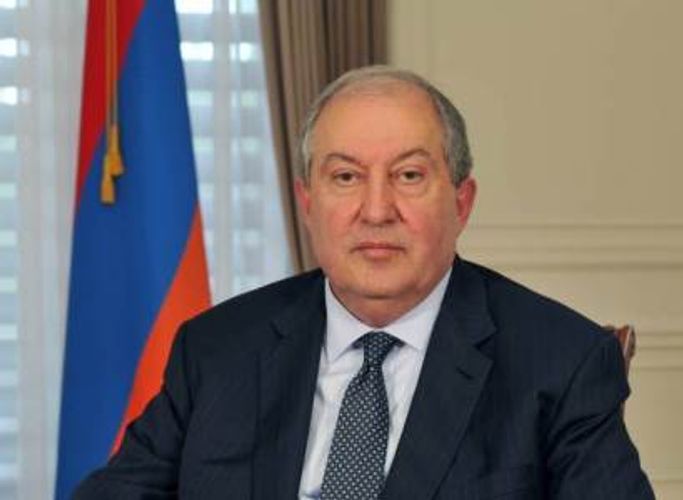 Armenian President Armen Sarkissian thinks that there is a deep political, economic, social, and psychological crisis in the country, the only way out of which is to hold the snap election "within a reasonable period of time", AzVision.az reports citing TASS.

"Today we (and primarily the government, which is responsible for its citizens) must recognize the existence of a deep political, economic, social and psychological crisis," the president said.

"The only logical and civilized way out is the snap election within a reasonable period of time by making the necessary amendments to the Electoral Code and the Constitution, which will make it possible to start the real process of state-building from the very beginning," the president wrote in the article "Towards the Fourth Republic", which was published by the presidential press-service.

The president also thinks that before the snap election "with the help of one of the legitimate, balanced and impartial branches of power - the institution of the president, a government of national accord must be formed".

Sarkissian outlined the main tasks of this government, stressing that it must have three goals, namely, elimination of the consequences of the war, preparation and implementation of a roadmap to bring the country out of the political and economic crisis and to reform the legal and regulatory framework to create conditions for the upcoming election.

"That is, we mean the reform of the Electoral Code, the law on parties and, of course, the constitution," the president explained.

"After the nationwide shock caused by the war and the mandatory transitional stage, it is necessary to start building a new state, which we conventionally call in this article the "Fourth Republic"," Sarkissian added.