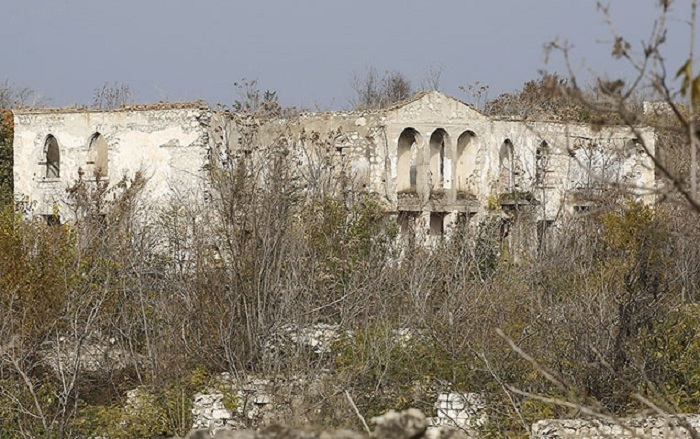 Some buildings destroyed in the liberated territories will not be restored in order to demonstrate the bitter consequences of the Armenian occupation and vandalism to the international and local community, Kanan Guluzade, spokesman for the State Tourism Agency, said on Wednesday, AzVision.az reports.

Guluzade stressed that preliminary work is being carried out in this direction under the instructions of President Ilham Aliyev.

“There is such an experience in different countries. This is called "black tourism". It aims to show the destroyed places. In other words, the destroyed neighborhoods and other areas will remain the same and will be demonstrated to tourists. It is important to demonstrate the consequences of the occupation and convey them to the international community,” the spokesman added.

President Ilham Aliyev touched upon a number of important issues as he addressed a virtual meeting on the results of 2020.

The head of state noted that the destroyed places should remain during the renovation of cities.

“I think that museums of occupation should be established in all liberated cities. Along with memorial complexes and monuments reflecting our Victory, museums of occupation must also be established. You should develop a concept of such museums. These museums should reflect the general picture of Armenia's policy of aggression. At the same time, each city and each district should have its own presentation so that Azerbaijani citizens never forget this and foreign visitors see what savages we fought against and what evil forces we saved our lands and the South Caucasus from,” he added.