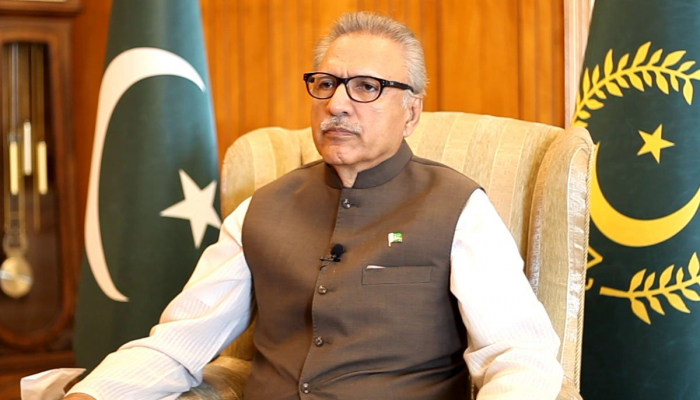 Pakistan attaches great importance to its relations with Azerbaijan, based on common history and culture, said Pakistani President Arif Alvi.

The president made the remarks during a meeting with Azerbaijani Foreign Minister Jeyhun Bayramov, AzVision.az reports.

The head of state stressed the importance of expanding trade between the two countries and further boosting cooperation in the fields of culture and trade.

President Alvi congratulated the Azerbaijani people and government on the liberation of Nagorno-Karabakh from occupation. The president reaffirmed Pakistan’s support for Azerbaijan’s territorial integrity.

Minister Bayramov, in turn, said there is a great potential between the two countries to expand trade and cultural cooperation.

The minister also thanked the government of Pakistan for supporting Azerbaijan’s position on the Nagorno-Karabakh issue.

Minister Bayramov reiterated Azerbaijan’s support for Pakistan in the Kashmir issue and on all international platforms.