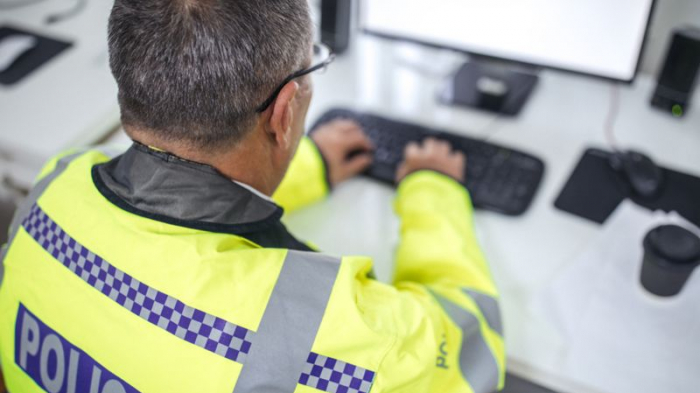 The government has said it is assessing the impact of a "technical issue" that saw a reported 150,000 records deleted from police databases.

According to the Times, data including fingerprint, DNA and arrest histories were wiped after being accidentally flagged for deletion.

The Home Office said the lost entries related to people who were arrested and then released without further action.

But Labour said it presented "huge dangers" for public safety.

The data was lost from the Police National Computer - a system that stores and shares criminal records information across the UK.

It is used to help police investigations and provides real-time checks on people, vehicles and crimes, as well as whether suspects are wanted for any unsolved offences.

The Times said the error could allow some offenders to go free because the fingerprint or DNA evidence would not be able to be cross-checked against evidence from other crime scenes.

Deliberate activity - such as a cyber attack - has been ruled out.

In a statement, the Home Office said the incident had been resolved and "we are working at pace with law enforcement partners to assess its impact".

It said: "The issue related to people arrested and released where no further action had been taken, and no records of criminal or dangerous persons have been deleted. No further records can be deleted."

Labour's shadow home secretary Nick Thomas-Symonds called on Home Secretary Priti Patel to take responsibility for the error and be clear about the impact it has had.

"The home secretary must take responsibility for this serious problem," he said.

"She must urgently make a statement about what has gone wrong, the extent of the issue, and what action is being taken to reassure the public. Answers must be given."

"This is an extraordinarily serious security breach that presents huge dangers for public safety."

It comes after around 40,000 alerts relating to European criminals were removed from the same database, the PNC, following Britain's post-Brexit deal with the EU.