President of the Republic of Azerbaijan Ilham Aliyev, First Lady Mehriban Aliyeva and their daughter Leyla Aliyeva visited the Jidir plain in the cultural capital of Azerbaijan, Shusha city which was liberated from the Armenian occupation on November 8, AzVision.az reports.

The head of state and his family then visited the mosque in Shusha. President Ilham Aliyev presented the Holy Quran the mosque. 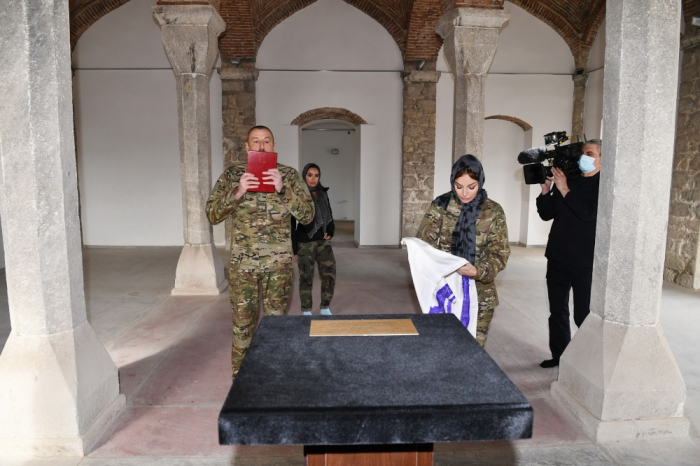 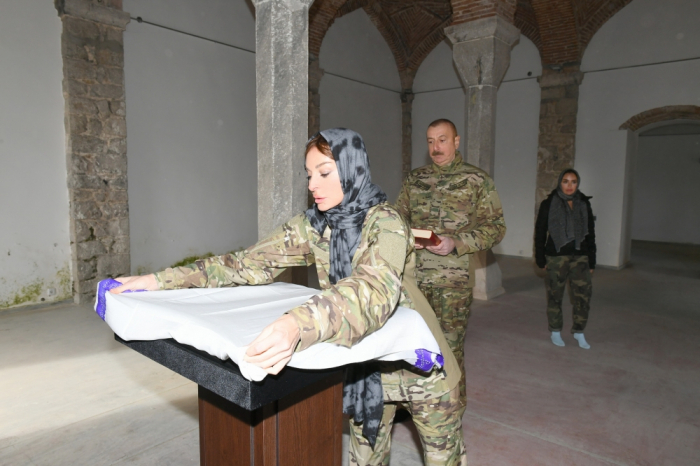 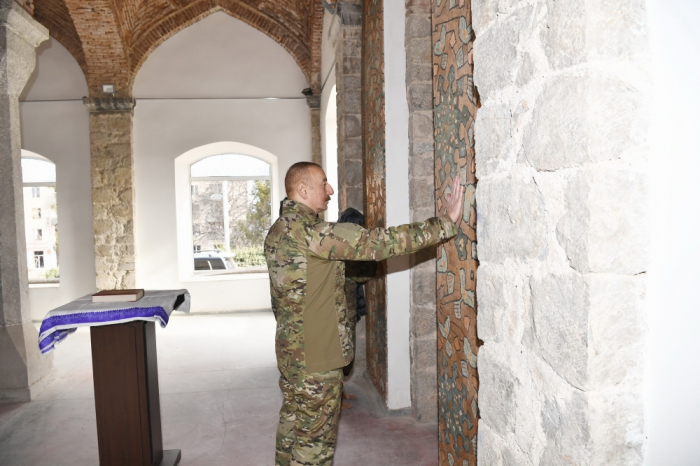 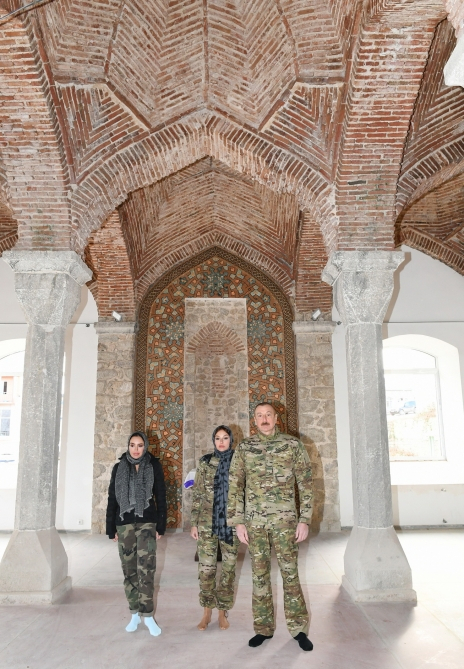 The head of state and his family then visited the Vagif Mausoleum in Shusha. It was built in honor of Molla Panah Vagif, a poet, prominent statesman and diplomat and vizier – the foreign minister of the Karabakh Khanate. The construction of the mausoleum started in the 1970s and was completed in 1982. It was inaugurated by then the First Secretary of Communist Party of Azerbaijan, Heydar Aliyev. 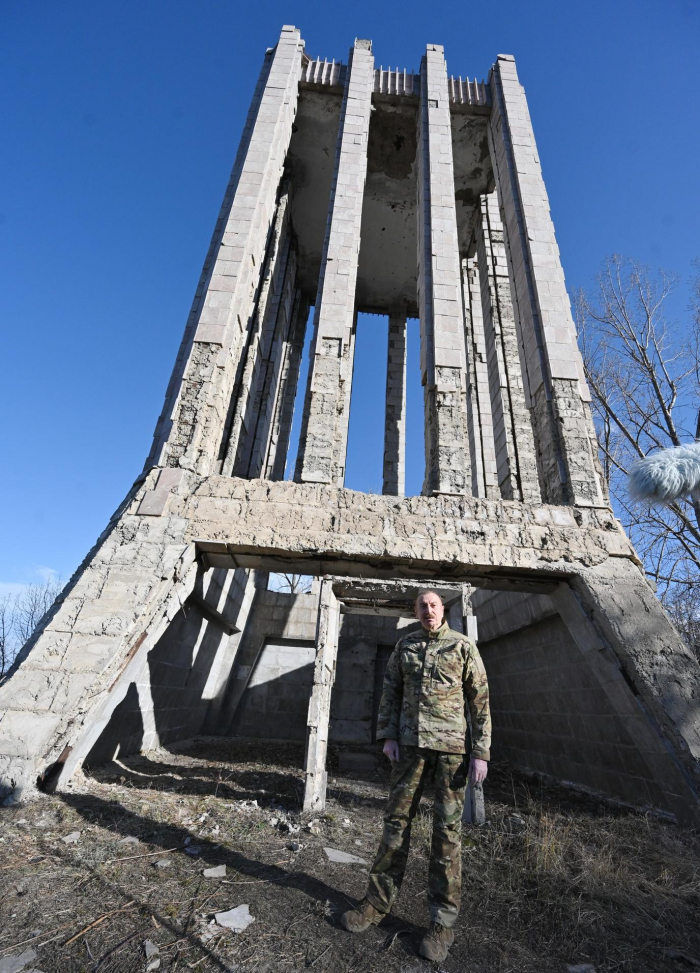