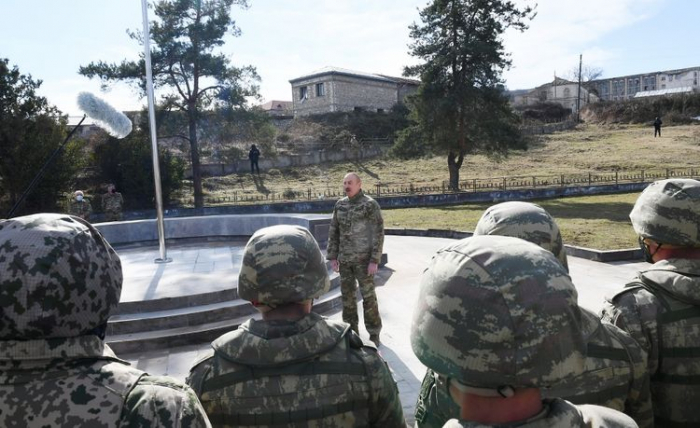 On 8 November 2020, Azerbaijan gained a brilliant victory by liberating its ancient city of Shusha from the enemy’s occupation, said President Ilham Aliyev during a meeting with servicemen in Shusha, AzVision.az reports.

“Dear servicemen, November 8 will eternally remain in the history of our people,” the head of state said.

President Aliyev stressed that the liberation of Shusha required great heroism, professionalism and national spirit. “Azerbaijani servicemen have demonstrated all these sublime features,” he said.

“I came to Shusha using the victory road. That road is now open. There was no there before. Passing through mountains, forests, valleys and tens of kilometers, the heroic Azerbaijani army liberated villages and settlements along the way, approached the city of Shusha, liberated the village of Dashalti and then liberated Shusha from the occupiers," the head of state added.