President Aliyev: "I came to Shusha 39 years ago" 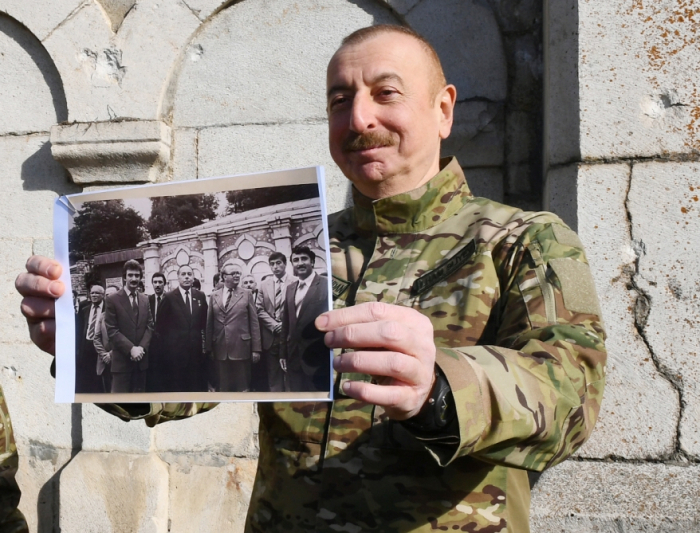 "We are a victorious nation. I came to Shusha 39 years ago. I came twice 39 years ago, for the first time on January 14," Azerbaijani President Ilham Aliyev said during his meeting with servicemen in Shusha, Azvision.az reported.

"Look, we are here again today, on January 14. This time I came as the Supreme Commander-in-Chief of the victorious Azerbaijani Army - the victorious Azerbaijani Army. I have come as the Supreme Commander-in-Chief of the Army, who broke the enemy's back, and here under this sacred flag and in front of the heroic servicemen I say that we will live in these lands forever! We will restore Shusha and all our other destroyed cities and villages. We will restore all our destroyed historical monuments. Armenia fraudulently spread rumors about Shusha to the whole world, claiming that Shusha is their ancient city. How can the city, which was built by Panahali Khan be an Armenian city ?! After all, this is a matter of recent history and events. If they considered it as their own city, why did they put it in such a bad condition, why did they destroy all the buildings? See the condition of this city! For 30 years, they have razed to the ground, but they have built villas for themselves and created conditions for themselves, ”the head of state said.