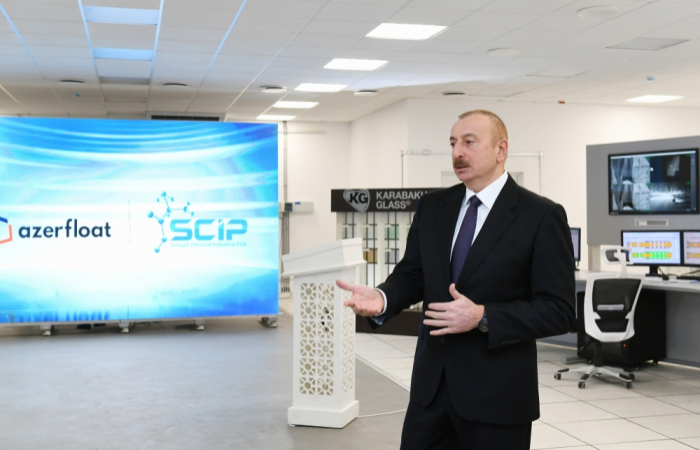 Also, reforms are underway in our country – personnel reforms, structural reforms, economic reforms, social reforms. There are only a handful of countries in the world that would have as many factors for development as Azerbaijan today. Political stability, the unity of the people and the government, peace, geographical location, infrastructure, trained professionals – this is very important – export markets, good business relations with neighboring countries, no problems with any country whatsoever.

"I do hope that after some time Armenia will also say that they have no problem with us. Because the main issue was that they had occupied our lands. They committed genocide against us. They destroyed our cities. We simply defended ourselves, defended ourselves at the required level and drove the occupiers out of our lands," President Aliyev said.

Emphasizing the beginning of the new era in the development of our country, the head of the state also noted: "Even though all these factors are in place, we will return to the liberated lands and use the potential of those lands. There is a huge potential – renewable energy, valuable natural resources, gold deposits, copper deposits, rivers, reservoirs, fertile land for agriculture, tourism opportunities. So according to many, these regions will become the driving force of our further development. Of course, I share this opinion. Simply put, everything in the liberated lands must be done in a planned manner, in a proper manner. I have ideas of how the liberated lands can be managed."