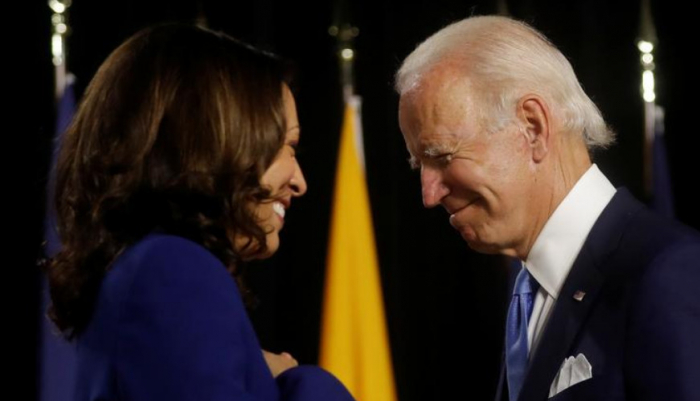 The inauguration of US President-elect Joe Biden on January 20 will usher in momentous change for the better for the United States. It may also signal a unique opportunity to bolster liberal democracy around the world.

Merkel Minus Angela
Josef JoffeArmin Laschet's surprise victory in the CDU leadership contest makes him the front-runner to become Germany's next chancellor, but it doesn't guarantee him the job. Laschet will need to defeat Markus Söder, the ambitious and politically flexible leader of the CDU's Bavarian sister party.
Such optimism about liberal democracy’s global prospects is not widely shared, given the recent rise of illiberal populist governments around the world. Such governments have sought to dismantle the separation of powers, judicial independence, press freedom, and political opponents’ ability to function freely. Many argue that, for reasons transcending Donald Trump, liberal democracy will remain in retreat.

Moreover, the recent storming of the US Capitol by an armed mob incited by Trump has arguably undermined America’s capacity to lead by example. After all, almost the entire Republican Party had continued to support Trump despite his increasingly unstable and anti-democratic behavior.

But the situation has changed rapidly following the insurrection at the Capitol. A large majority of US voters have condemned the violence, and support the peaceful transfer of power. Although 73% of Republican voters still think that Trump is protecting democracy, the president’s approval ratings fell to all-time lows after the pro-Trump riot.

Trump is also losing some GOP congressional support. On January 13, ten Republicans in the House of Representatives joined with Democrats in voting to impeach Trump for a second time, for “incitement of insurrection.” And Trump will face his Senate trial with current Majority Leader Mitch McConnell reportedly keento rid the GOP of him.

Much will depend on whether and how those responsible for the coup attempt on January 6 are held to account. But Trump’s violent last spasm may eventually lead to a decrease in polarization and a strengthening of America’s democratic institutions, especially if a large part of the electorate were to support swift measures to fight racial injustice, including by strengthening voting rights.

But the legacy of Trump is not the only obstacle Biden must overcome to present the US as a strong global leader of liberal democracy. While many argue that America supported democracy for decades before Trump was elected in 2016, the US frequently backed authoritarian governments and overthrew elected ones, partly to counter the Soviet Union, but also out of economic self-interest.

For example, the US deposed Iran’s democratic government in the 1950s, facilitated the 1973 military coup against Chilean President Salvador Allende and similar actions in Central America and the Caribbean, and continues to support totalitarian regimes in some oil-producing countries. Despite America’s claims, there was little sustained sincerity in its post-war support of liberal democracy.

The incoming administration led by Biden and Vice President-elect Kamala Harris has a unique opportunity to conduct a much more consistent and credible policy in the coming years. Effectively championing liberal democracy need not and should not entail interfering in other countries’ affairs. Some genuine national-security threats – involving weapons of mass destruction or foreign-backed terrorism, for example – may require intervention abroad. But intervention to achieve regime change, even if to help install democracy, should never be an objective in itself, because a foreign-installed regime will almost always have great trouble gaining legitimacy.

As Harvard University’s Joseph Nye recently pointed out, Biden’s policy choices will not be so clear-cut. US broadcasts that support democracy should not be labeled as foreign intervention, and the rise of social media has no doubt created new gray areas. The line between amplifying anti-authoritarian views and inciting regime change may not always be easy to draw. Moreover, the world will need new types of “arms-control” understandings as new technologies are weaponized and security and economic objectives become harder to separate.

Nonetheless, the Biden-Harris administration should set its sights high. For starters, it should have a comprehensive domestic agenda that prioritizes justice and democracy, and finally eradicates America’s “original sin” of white supremacy, which would enable the US truly to lead by example.

To that end, the US should vocally advocate liberal democracy as the governance system that can best fulfill universal human aspirations. And it should gradually move to a system of alliances in which the allies that America commits to protect militarily (including in cyberspace) are all democracies.

Biden should pursue a basic strategy of respecting all countries’ national sovereignty, except in cases where the responsibility to protect a group from mass atrocities requires the international community to act. When the United Nations Security Council is unable to reach a decision, owing to a veto by one of its permanent members, a case-by-case approach to the use of armed intervention is inevitable.

The US needs to work with all willing countries, regardless of their political regimes, in pursuing common goals such as limiting the danger of climate change and providing global public goods, including pandemic prevention. Another high priority is to develop standards and norms to govern cyberspace, artificial intelligence, and biotechnology. Arms control treaties in the Cold War probably spared the world nuclear war – and they are still required.

For decades, the US has lacked a fully credible and feasible overall strategy for backing liberal democracy. The Biden administration should now try to develop one. In general, it should recognize that addressing many old and new challenges requires a revived multilateralism – and thus effective international institutions supported by the US.

There will of course be gray areas, but the perception that America’s intentions are sincere would take the Biden administration far. The US still has a lot of soft power – despite Trump’s best efforts to destroy it – and Biden and Harris have the right fundamental mindset to provide global liberal-democratic leadership. They should not let the opportunity pass.

Kemal Dervish, a former minister of economic affairs of Turkey and administrator for the United Nations Development Programme, is a senior fellow at the Brookings Institution.