Georgian ambassador pays tribute to martyrs of the 20 January tragedy 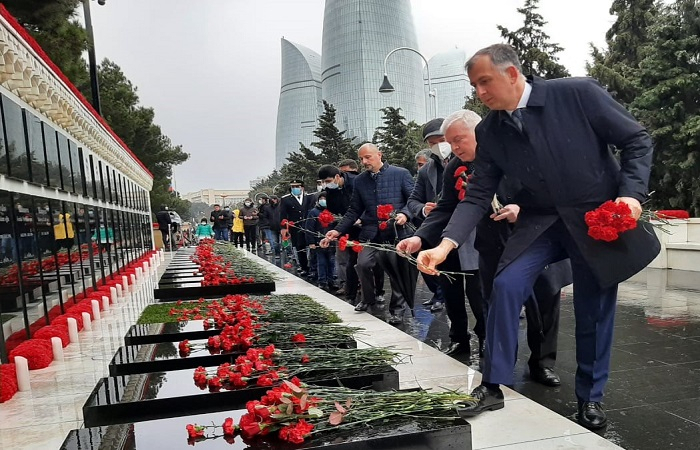 Today, January 20, Azerbaijani people commemorate one of the most tragic days in its recent history.

The statement came from the Georgian Embassy in Baku, Azvision.az reports.

It was noted that, like the tragedy in the Georgian capital on April 9, 1989, the military forces of the former Soviet Union opened fire on civilians, brutally punishing civilians who demanded the country's freedom, independence and territorial integrity on January 20, 1990 in Baku.

On the 31st anniversary of the 20 January tragedy, together with embassy staff Georgian Ambassador Zurab Pataradze paid tribute to the memory of the heroes who died for the freedom of the country and laid flowers at the memorial in the Alley of Martyrs.