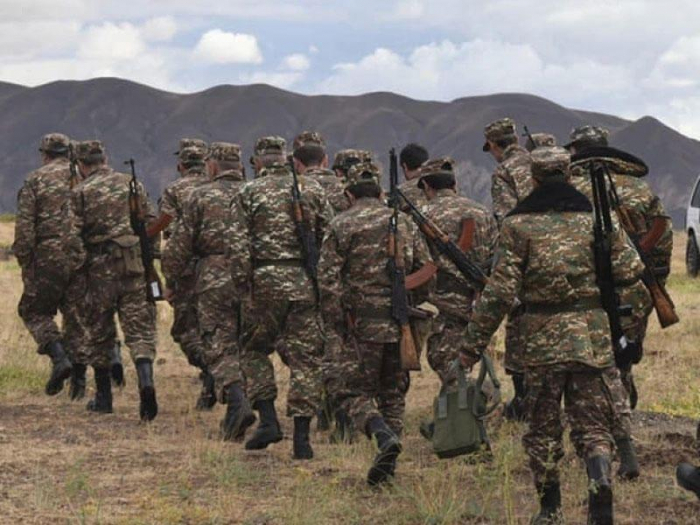 Terrorist groups sent by Armenia to Karabakh after the end of hostilities between Azerbaijan and Armenia attempted to commit numerous acts of diversion.

A group of 62 Armenian terrorists-saboteurs, purposefully deployed by Armenia to the liberated Azerbaijani territories, have been detained.

According to official data, all detainees were called up from Armenia’s Shirak region to serve in the Armenian army and were deployed to Karabakh to commit sabotage and terrorist attacks against Azerbaijani servicemen and civilians on their territory.

As a result of the acts of diversion by these terrorist groups, casualties were reported among servicemen of the Azerbaijani Armed Forces and civilians.

But why were these terrorists sent to Azerbaijan after the signing of a statement of 10 November 2020 on the cessation of hostilities?

The penetration of terrorists-saboteurs into the territory of Azerbaijan was aimed at committing the acts of diversion. However, these groups were completely neutralized by Azerbaijan’s law enforcement forces.

Armenian officials, who are voicing different opinions and contradictory figures in the local media, are striving to use these territories for other purposes. Some Armenian officials allege as many as 62 people were detained, while Serzh Sargsyan's son-in-law Mikael Minasyan and the former minister of security David Shahnazaryan are claiming that there are 115 and 235 detainees, respectively. Armenian social network users write that more than 500 Armenian servicemen were detained. Armenian authorities want all of them to be released.

What is the official position of Azerbaijan on this matter?

Azerbaijan has openly stated at various official levels that on 14 December 2020, Baku, under its obligation, handed over to 44 Armenian prisoners of war to Yerevan based on the principle of “all for all”. These people, whose release Armenia is asking for, have nothing to do with prisoners of war. These people were sent by Armenia to carry out subversive and terrorist activities after the end of hostilities – the November Statement.

Russian officials also confirm that these people were sent to the territory of Azerbaijan not during the war but after the end of hostilities.

Russia’s Foreign Minister Sergey Lavrov earlier said: “As far as I know, a large group of Armenian military conscripts was sent there [to the Hadrut settlement of Azerbaijan] in late November 2020, and they – 62 people – were captured in early December.”

How should this issue be resolved in line with international humanitarian law?

Under the provisions of the Geneva Conventions for the Protection of War Victims of 1949, members of a terrorist-subversive group, who have committed a specific crime, cannot be considered prisoners of war. Thus, those who are being manipulated by Armenia and whose release is being demanded cannot be considered prisoners of war. They are saboteurs and terrorists, and the Azerbaijani side neutralized them precisely in this status.