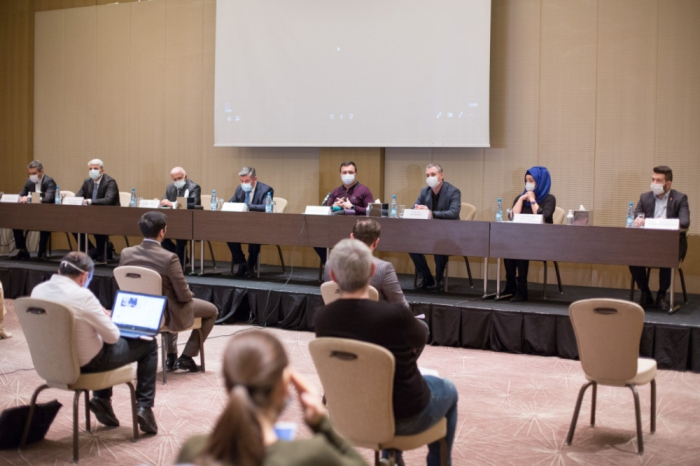 Baku hosted a presentation ceremony of the concept project of the Patriotic War Memorial Complex and the Victory Museum marking the liberation of Azerbaijan’s territories from the Armenian occupation, AzVision.az reports.

The project, called “The Peak of Independence”, was developed by Azerbaijani and Turkish architects, designers and engineers as a concept.

Addressing the ceremony, project manager, architect Mukhtar Erturan said Patriotic War Memorial Complex and the Victory Museum will be a symbol of Azerbaijani-Turkish fraternity and friendship.

Being a museum of independence, this complex will convey the truth about the January 20 tragedy and the Khojaly genocide to the world, as well as celebrate the Victory of the glorious Azerbaijani Army led by the Supreme Commander-in-Chief.