Our construction project of school in Shusha approved -Devlet Bahçeli 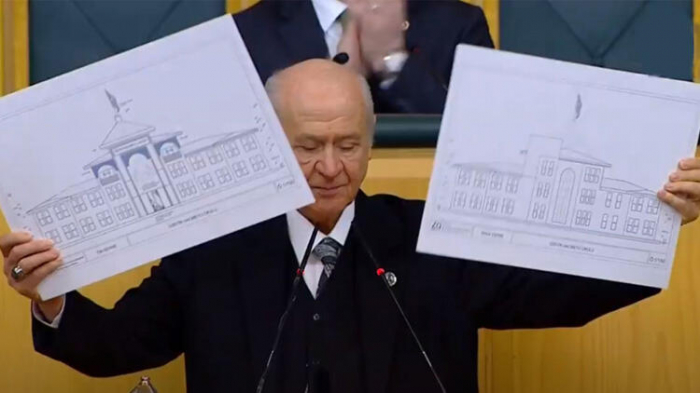 Our construction project of a school in Shusha has been approved by mutual consent of President Recep Tayyip Erdogan and President Ilham Aliyev," the chairman of the Turkish Nationalist Movement Party (MHP) Devlet Bahçeli said at a group meeting of the party, AzVision.az reports.

He expressed his gratitude to both leaders and noted that the school will be handed over to the Republic of Azerbaijan as soon as construction is completed.

The party leader added that a groundbreaking ceremony for the school is planned in the coming days. He also demonstrated the initial version of the school project.

Note, earlier the chairman of the MHP proposed to build a school named after Uzeyir Hajibeyov in Shusha by the "Grey Wolves Educational and Cultural Foundation".