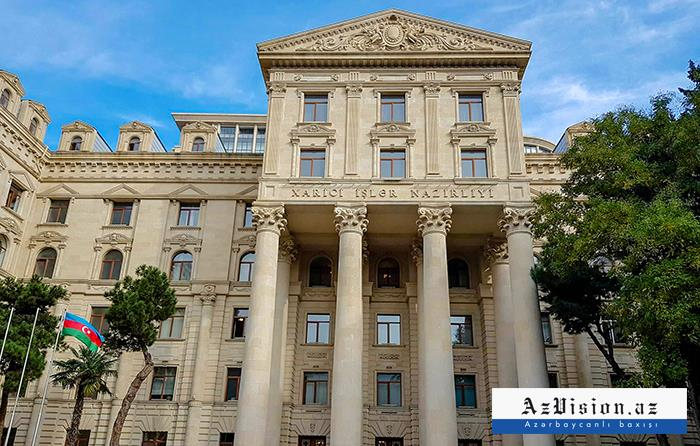 On January 26, the Chargé d'Affaires of the Embassy of the Russian Federation in Azerbaijan, Oleg Murashev was summoned to the Ministry of Foreign Affairs of Azerbaijan, AzVision.az reports.

During the meeting with Murashev, the issue on the use of unacceptable expressions against the Azerbaijani state and people by Deputy of the Russian State Duma from the ruling United Russia party Vitaly Milonov in an interview with the Armenian media, was raised.

This provocative step taken by Milonov against Azerbaijan completely contradicts the existing relations at the highest level between Azerbaijan and Russia.

Milonov's statements don't reflect the official position of Moscow and that such steps are aimed at damaging relations between the two countries and hindering the implementation of the agreement reached.