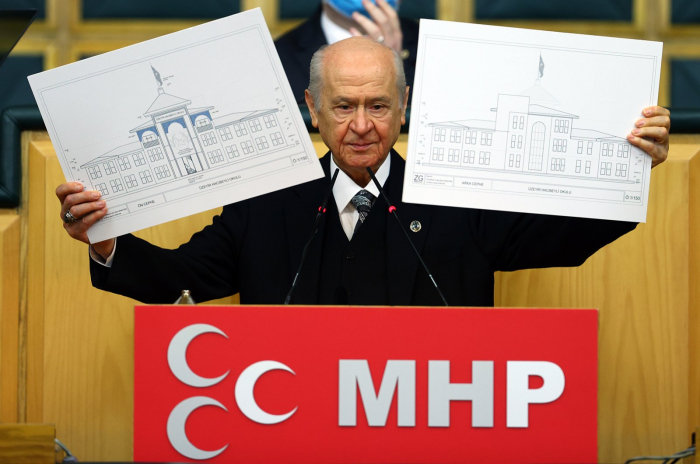 Following meetings in Baku, the MHP delegation visit the Azerbaijani city of Shusha to determine a location to build a school.

MHP Chairperson Devlet Bahceli had earlier announced the intent to build the school with a post on social media saying that the party would like to establish a school with nine classrooms if the Turkish and Azerbaijani president allow.

Bahceli had stated that the school could be named after Uzeyir Hajibeyov, the composer of the Azerbaijani national anthem who was born in Shusha.