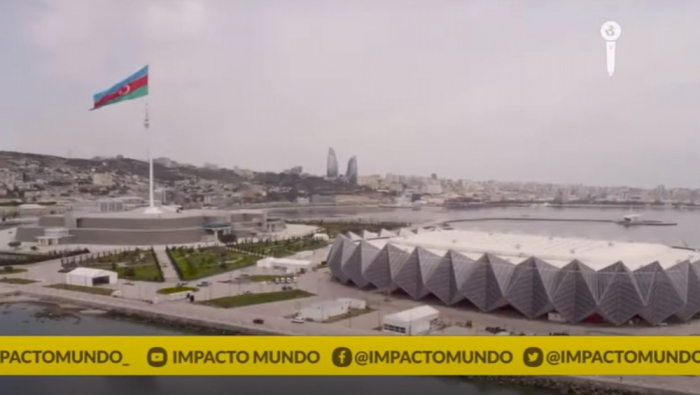 ‘Impacto Mundo’ TV channel of Colombia and the internet resources of the channel aired a reportage on Azerbaijan based on an interview with our ambassador to Colombia, Mammad Talibov, entitled "The Caucasus turns black gold into human gold."

According to the Azerbaijani Embassy in Mexico, the reportage informed the audience about the geographical location of Azerbaijan, which is rich with hydrocarbon resources, tourist attractions of the capital Baku, including the Miniature Book Museum, Flag Square, and showed the beautiful sights of our city.

They spoke about Azerbaijan's path to independence, the tragedy of January 20, the country's independence, Armenia's aggression that lasted for almost 30 years and Azerbaijan's claims to Nagorno-Karabakh - its ancient lands. It was stated that in order to achieve lasting peace and progress in the region, Armenia must understand that it must renounce its territorial claims and aggressive policies against its neighbors.

It was noted that despite the Armenian aggression as a result of the successful policy of the Azerbaijani leadership, the country has achieved high economic development over the past 30 years, the country has successfully implemented the process of "turning black gold into human gold." It was also stated that the most important asset of our country is the Azerbaijani people, despite the fact that the majority of the population is Muslim, distinguished with the traditions of democracy and secularism around the world.