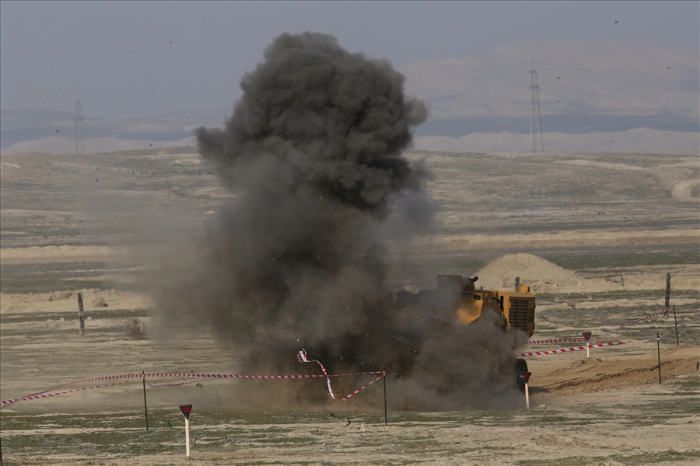 The Mechanical Mine Clearing Equipment  (MEMATT) produced by ASFAT of the Turkish Ministry of National Defence has been successfully tested in Azerbaijan, AzVision.az reports.

In testing conducted at a training ground near Baku, MEMATT managed to destroy all mines laid on the site, the Turkish Ministry of National Defence told reporters.

Head of the Engineering and Fortification Service of the Azerbaijani Defense Ministry, Major General Anar Karimov, and ASFAT officials watched the testing of MEMATTs.

The personnel who will use the equipment were awarded certificates.

The first and only Turkish-made mine-clearing equipment which is produced by ASFAT will be used to clear mines planted by Armenia in the liberated territories of Azerbaijan.

"MEMATT demines areas faster and more efficiently, and is superior to other equipment in the world in its resistance to large amounts of explosives," the ministry said.