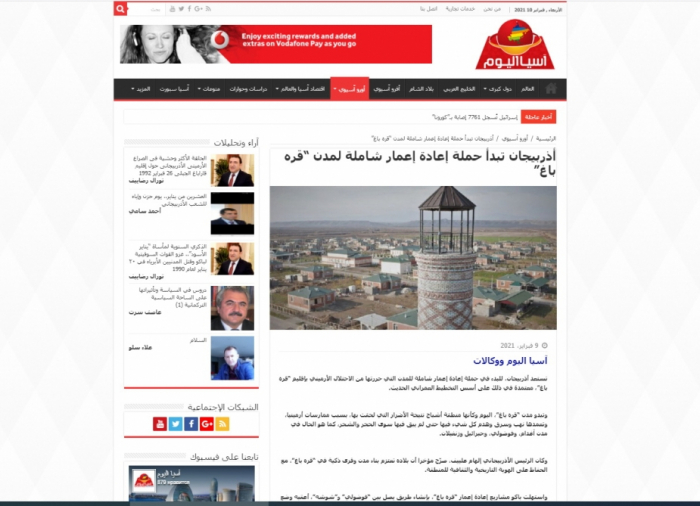 “Looted and demolished by the Armenian armed forces, the liberated Azerbaijani territories were made “ghost towns”. Every single town, including Aghdam, Fuzuli, Jabrayil and Zangilan bears traces of destruction”, the article says. Touching upon the restoration process carried out in Karabakh, the article quotes Azerbaijani President Ilham Aliyev as saying that “the cultural and historical features, as well as the ancient spirit of the liberated territories will be restored as they will transform into smart cities.”