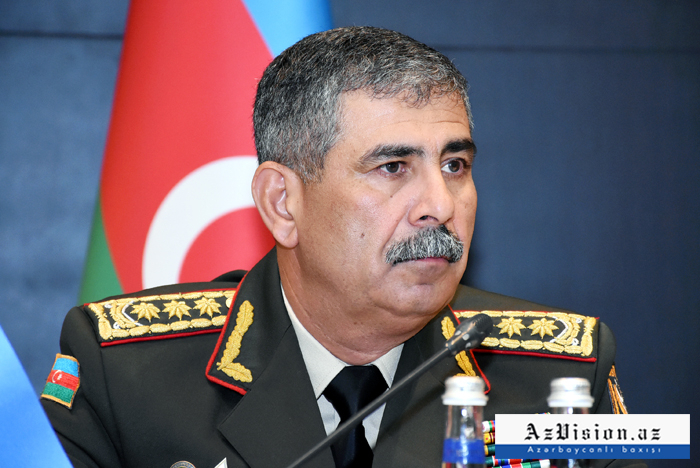 Azerbaijan defeated Armenia in the 44-day war and ended the Armenian occupation in its lands. Turkey has always been with us during the war, Azerbaijani Defence Minister Zakir Hasanov said in his speech at a Turkey-Azerbaijan joint exercise in Kars, AzVision.az reports citing Anadolu Agency.

The whole world has witnessed that our brotherhood is indestructible, and  this is a sign of unity between the two countries. During the Patriotic War, Turkey supported us politically, morally and diplomatically. With this approach, Turkey sent a message to the world: "Turkey is with Azerbaijan." The whole world once again saw that the Turkish-Azerbaijani unity and brotherhood are eternal and indestructible. Turkey's presence made us even more proud and gave us strength aand we have liberated our lands. The people of Azerbaijan have appreciated it. I express my gratitude  to Turkey for its great support, mnister stressed.

Turkish Armed Forces are one of the strongest armies in the world. We have a strong cooperation with our brother country.  To benefit from the experience of the Turkish Armed Forces is important for us. Azerbaijan and Turkey have deep historical, religious and cultural ties. Karabakh war further strengthened Turkish-Azerbaijani relations, and the servicemen of the two countries took part in the Victory Parade on Freedom Square. On that historic day, our people showed their support with the flags of Turkey and Azerbaijan. I wish you a successful Winter Exercise and congratulate everyone. I am confident that our brotherhood, unity and relations will continue. Long live the Turkish-Azerbaijani brotherhood!, Defence minister said.