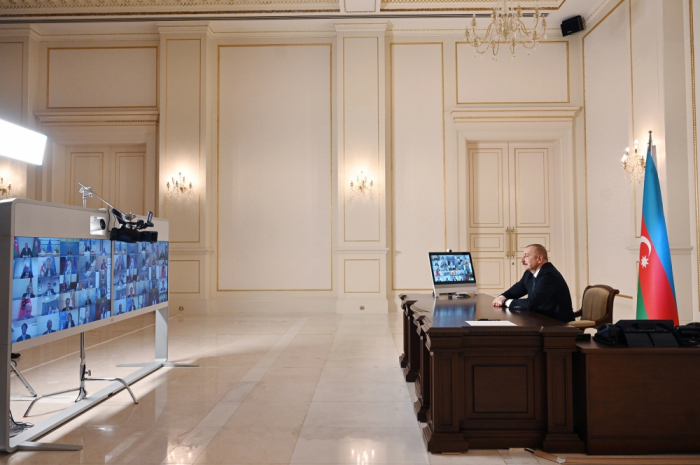 Azerbaijan and Turkmenistan signed a memorandum of understanding on the “Dostlug” field, was discovered by Azerbaijani geologists and oil men during the times of the Soviet Union, Azerbaijani President Ilham Aliyev said as he addressed the 7th Ministerial Meeting of the Southern Gas Corridor Advisory Council, which was held in the format of a video conference, AzVision.az reports.

The head of state described the memorandum of understanding as a very remarkable event in the area of Caspian, stressing that this document will be also very helpful for future energy cooperation in the Caspian Sea and beyond.

“Azerbaijan has already become a reliable transitor of energy resources from eastern shores of the Caspian Sea. For many years, we provide important transportation roots for our partners on the eastern part of the Caspian, through Baku-Tbilisi-Ceyhan pipelines, through our railroad system. Azerbaijan demonstrated itself as a reliable transitor,” President Aliyev added.