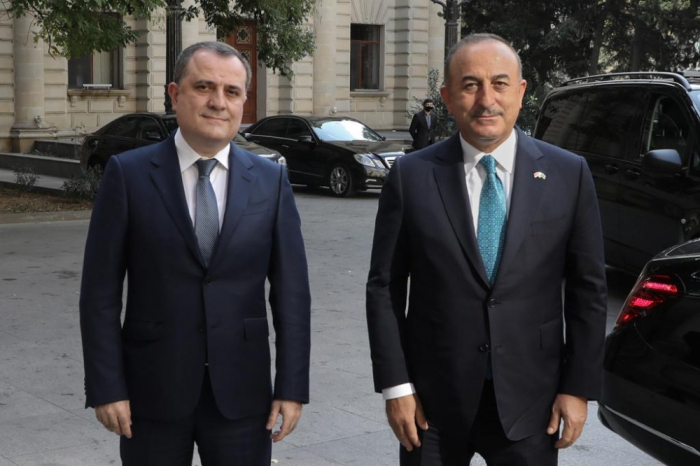 Azerbaijani Foreign Minister Jeyhun Bayramov has congratulated his Turkish counterpart Mevlut Cavusoglu on the rescue after the cargo vessel had fallen victim to a pirate attack off Nigeria, AzVision.az reports.

We are very pleased to hear the release of 15 Turkish citizens who were attacked and taken hostage by pirates. I sincerely congratulate our Turkish brothers and their families, as well as my brother Mevlut Cavusoglu, who played a special role in the release of the sailors, minister noted in his Twitter profile.