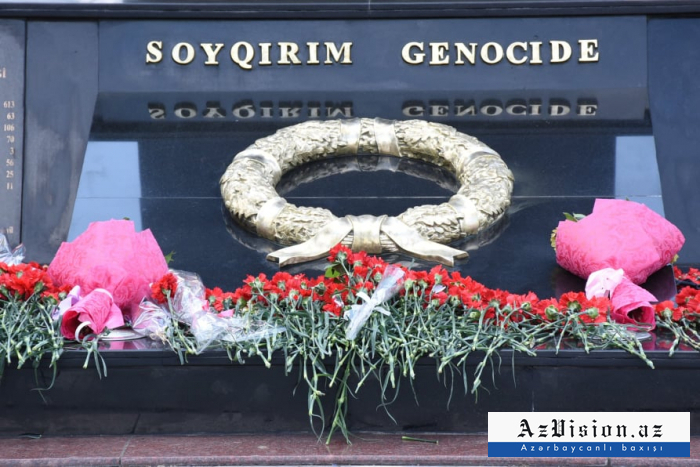 The Estonia-Azerbaijan Parliamentary Group has issued a statement commemorating the 29th anniversary of the Khojaly genocide.

"The Estonia-Azerbaijan Parliamentary Group expresses its heart-felt condolences to the Azerbaijan nation on the 29th anniversary of the Khojaly genocide. We share the pain of the Azerbaijani people about the Khojaly massacre, which meant the massacre of over 600 innocent civilians, including many children, women, and the elderly,” reads the statement.

The parliamentary group condemned in the strongest terms the crimes against humanity committed against Azerbaijani civilians on the night between 25 and 26 February 1992.

It stressed that the perpetrators of this mass murder must be made accountable.