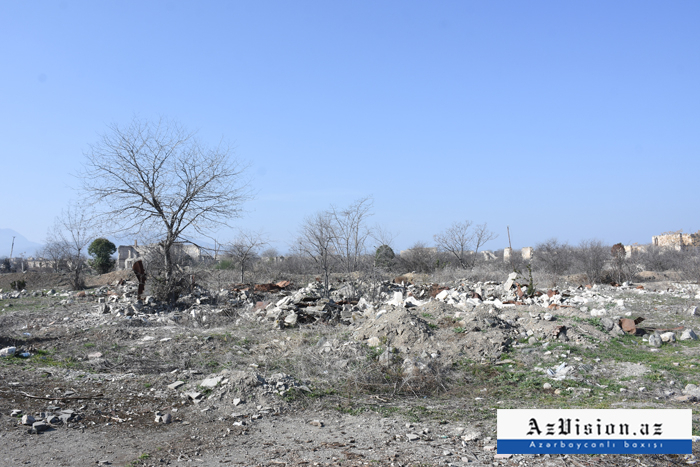 Famous ‘Tea house’ in the liberated Aghdam district of Azerbaijan was also subjected to Armenian vandalism.

This building was razed to the ground by Armenian vandals.

The ‘Tea house’ was built upon the idea of academician Khudu Mammadov.

A large-diameter pipe was erected in the middle of the building. On each side, small pipes were connected to the structures. The partitions between the floors were made of wood. The pipes were connected with planks and decorated with various patterns. About a hundred tons of metal structures were used during the construction of the ‘Tea house’. 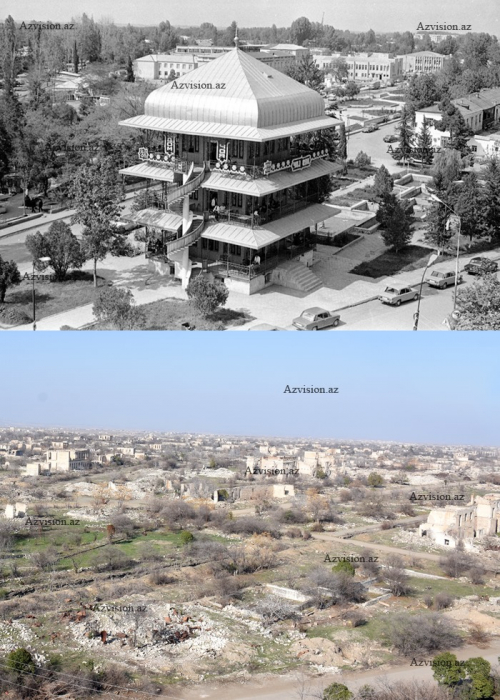