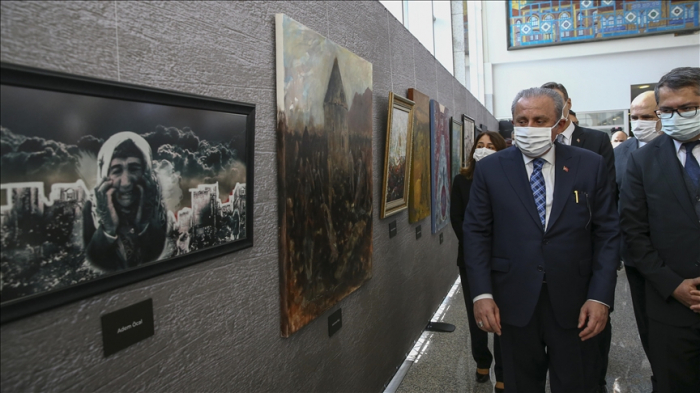 The Turkish parliament is hosting an exhibition on the 1992 Khojaly massacre which led to the mass murder of at least 200 Azerbaijani people at the hands of the Armenian army, AzVision.az reports citing Anadolu agency.

"We will continue our struggle until the blood-thirsty murderers who try to legitimize this atrocity are brought to account before the law and history," Parliament Speaker Mustafa Sentop said in his inauguration speech.

Sentop noted that the massacre has been ignored by the international community "despite being committed in front of the world."

On the heels of the Soviet Union's dissolution, Armenian forces took over the town of Khojaly in Karabakh on Feb. 26, 1992 after pounding it with tank and heavy artillery fire, assisted by an infantry regiment.

The Khojaly Massacre is regarded as one of the bloodiest incidents committed by Armenian forces against Azerbaijani civilians for control of the now-liberated Upper Karabakh region. 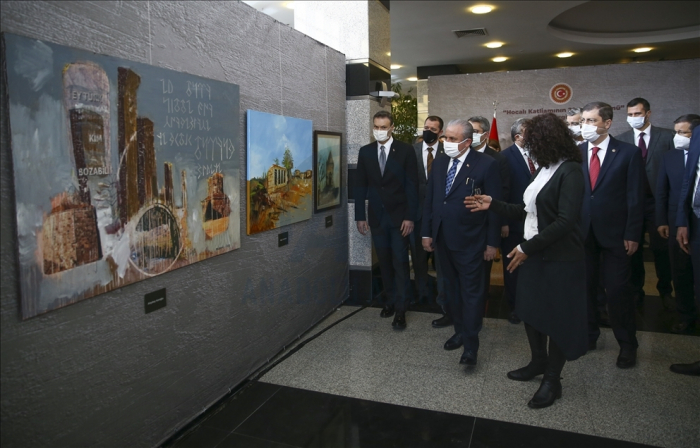 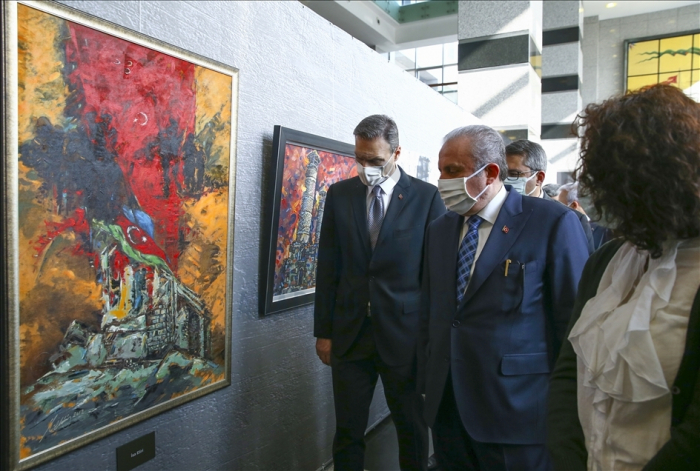