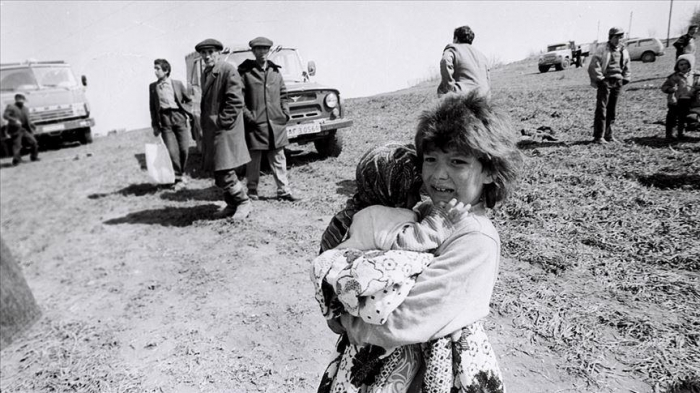 February 26, 2021 has been proclaimed as the ‘Khojaly Commemoration Day’ in Boston, Massachusetts.

The proclamation was signed by Boston Mayor Martin Joseph Walsh, the State Committee of Azerbaijan on Work with Diaspora told AzVision.az.

The document notes that on February 26, the Azerbaijani-Americans, the people of Azerbaijan, as well as the friends of Azerbaijan around the world, will mark the 29th anniversary of what the Human Rights Watch called the “largest massacre of the 1990s, the Khojaly Massacre”.

It stresses that on February 25 and 26, Armenian armed forces with the support of the Soviet 366th motorized rifle regiment attacked and occupied the besieged Azerbaijani town of Khojaly in the Nagorno-Karabakh region of Azerbaijan, killing 613 civilians, including 106 women, 83 children and 70 elderly.

“Eight families were annihilated completely, 25 children lost both parents, and 130 children lost one of the parents. Some 487 people, including 76 children, were wounded, and 1,275 civilians were taken hostage,” the proclamation reads.

“The tragic event in Khojaly is a sobering reminder of the terrible damage that can be inflicted in wartime, and it emphasizes the enduring need for greater understanding, communication, and tolerance among people worldwide,” it notes.

Given all this, Boston Mayor Martin Joseph proclaimed February 26, 2021 as the “Khojaly Commemoration Day” in the city.

The proclamation was adopted on the initiative of Roza Shahzade, director of the New England-based Azerbaijani Center. 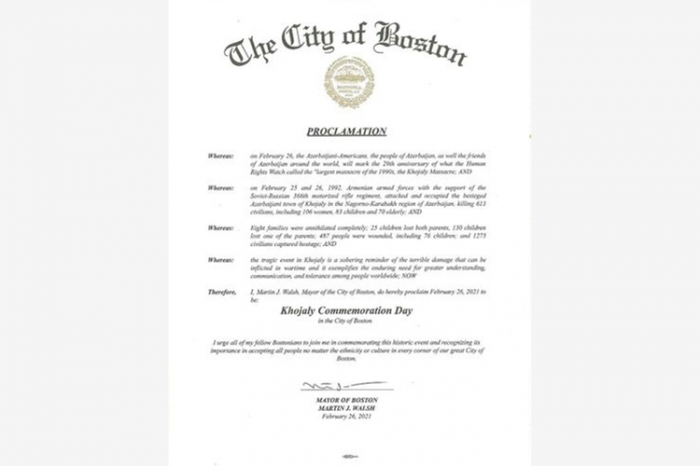