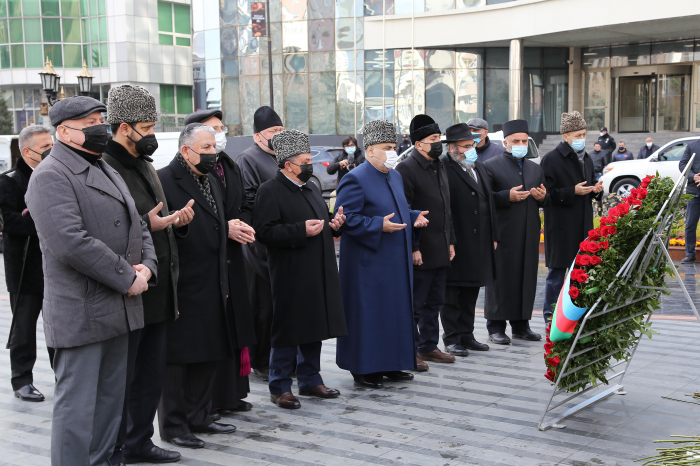 On the occasion of the 29th anniversary of the Khojaly genocide, Chairman of the Caucasian Muslims Office Sheikh-ul-islam Allahshukur Pashazade and leaders of religious confessions in Azerbaijan visited 'Mother's Cry' monument erected in the Khatai district of Baku for the memory of the victims of the tragedy.

According to the press service of the Cabinet of Ministers, religious leaders laid flowers at the monument to the victims of the Khojaly genocide, which entered the history of mankind in the twentieth century, and paid tribute to the memory of the victims of the tragedy.