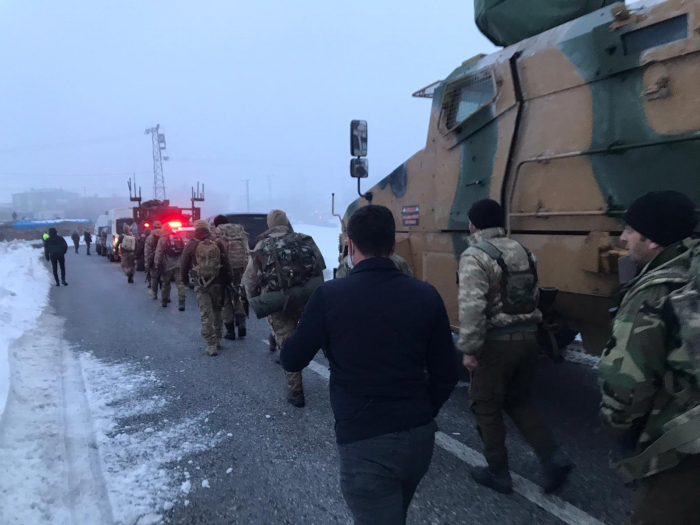 At least 11 Turkish soldiers, including a high-ranking commander, were killed and two others were injured in a military helicopter crash, Turkey's Defense Ministry said Thursday.

At least nine Turkish soldiers were killed and four others were injured in a military helicopter crash, Turkey's Defense Ministry said Thursday.

In a statement, the ministry said the AS532 Cougar helicopter took off from the eastern province of Bingöl at 1:55 p.m. and was en route to Bitlis province’s Tatvan district when contact with the aircraft was lost at around 2:25 p.m.

“A search and rescue party consisting of a UAV, a CN-235 airplane and a helicopter was dispatched immediately,” the statement raid.

Nine soldiers on board the helicopter were killed in the crash, the ministry said, adding that four survivors were being transferred to hospital for treatment.

Offering condolences for those killed in the accident, the ministry said an investigation had been launched into the accident.