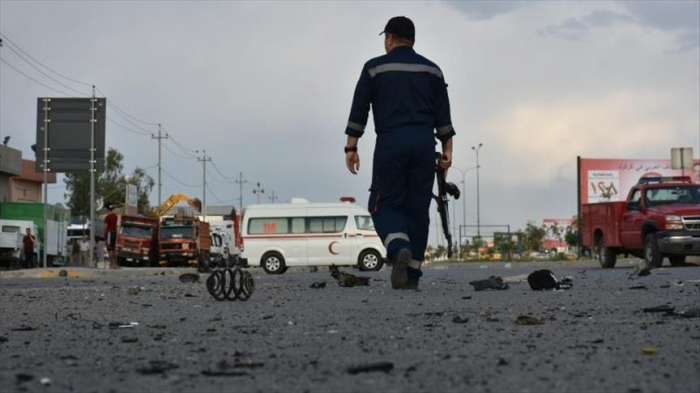 "An unidentified person threw a grenade at a group of visitors who were on foot to the Al-Kadhimiya area in Baghdad to commemorate the death of Imam Musa Al-Kadhim," a police captain told Anadolu Agency on condition of anonymity as he is not authorized to speak to media outlets.

The attack comes hours after the Iraqi Interior Ministry announced in a statement that it thwarted suicide attacks targeting Shia pilgrims.

There was no official statement from the authorities about the attack, which was not claimed by any party.

On every 25th of Rajab of the Islamic calendar, tens of thousands of Shia pilgrims mark the death of Imam al-Kadhim, the seventh imam according to the Shia community.

On Wednesday, the number of Shia arrivals to Al-Kadhimiya is expected to reach a peak amid tight security measures imposed by joint forces from the army and police.

The rituals include walking from different areas of Baghdad and some nearby provinces toward the Al-Kadhimiya area in northern Baghdad, where the shrine of Imam Al-Kadhim is located.

Over the past years, Shia events have witnessed attacks, mostly suicide bombings, which left hundreds dead and wounded. The authorities often blame those attacks on the Daesh/ISIS terrorist group.