Why some people can deal with the cold - iWONDER 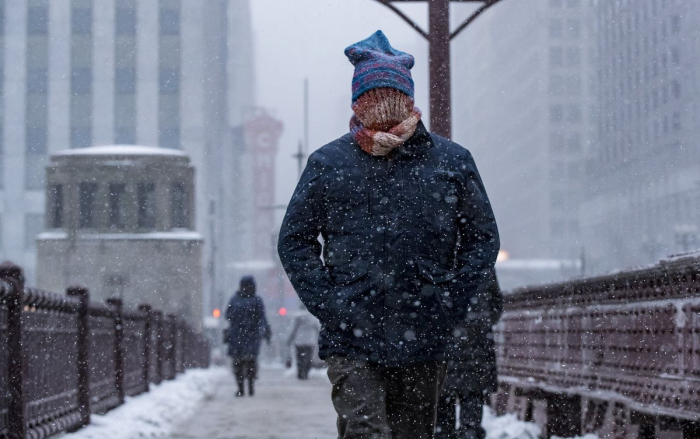 A gene mutation that allowed our ancestors to venture north might also give some of us a competitive sporting advantage.

Plunging into ice baths post-workout might be how some professional athletes choose to recover, but anyone trying to keep fit in the winter will know that the cold can be as harsh as it is rejuvenating.

For Matilda Hay, a recreational swimmer, there's no choice between a heated pool or cold-water wild swimming. While the latter has been lauded for its health benefits, it's not for everyone. "When I've tried wild swimming, I can't stay in for long – I lasted maybe a few minutes before I came running out," says Hay. "My sister is able to stay in much longer than me for some reason. I just think we handle the cold differently."

Evidence for some of the mental health benefits of cold-water swimming cited in the media is a little thin, too. It's largely based on the case study of one 24-year-old woman. So why has it proven so popular? And is Hay right; are some people just better at handling the cold than others?

The weather takes the cutting edge off our performance levels. In the cold our muscles slow, taking longer to tense and reducing our ability to both burst into action and the total amount of power generated (though this can be mitigated with a good warm-up beforehand).

The reasons for this decrease in performance in cold weather are a little complex, not least because our tolerance of the cold depends on our genetics, subcutaneous fat levels – the fat just beneath our skin – and body size. One suggestion is that when our bodies cool the rate at which we release energy in our muscle cells decreases.

But exercising in the cold has also been linked to better cardiac health, a stronger immune system and converting white fat cells to brown, contributing to more weight loss. So, if done safely, it could bring serious health benefits.

Some of us might have an advantage when it comes to working out in cold weather. One in five people lack the muscle fibre protein α-actinin-3. This mutation reveals a little bit about our evolutionary history and explains why some modern athletes succeed in the cold, while others remain frozen to the start line.

Sometimes called the "gene for speed", α-actinin-3 gives athletes a competitive advantage when it comes to powerful bursts of energy and muscle recovery, but it might be less useful in other situations.

"Muscles have fibres of both types, but the percentages of each may differ from muscle to muscle and person to person," says Courtenay Dunn-Lewis, a physiologist at the University of Pittsburgh.

Slow-twitch muscle fibres are responsible for slower, aerobic actions. These fibres keep us standing upright, they keep our head from falling forward, our jaw from slackening open, and they propel us through gentler forms of exercise like walking and jogging. If you have ever tried yoga or meditation and have been directed to consciously relax all the muscles in your body, you might be familiar with how many muscles are subconsciously engaged in the background. This isn't muscle "tightness", it is a normal bodily function called tonus – the slow-twitch muscle fibres' way of stopping us flopping around.

"About 80% of an elite athlete's muscle fibres are either fast-twitch, if they are a power athlete, or slow-twitch, if they are endurance athletes," says Dunn-Lewis. "Consider the long, slender physique of a marathon runner, whose predominantly slow-twitch muscle fibres may be small but are resistant to fatigue and provide lasting energy kilometre after kilometre. This person is also burning less energy in a given unit of time. By comparison, an American football player or hockey player has predominantly large fast-twitch muscle fibres, moves with power and speed, but fatigues quite quickly. Athletes with 80% of one fibre type are simply born lucky. For the rest of us, the percentages are closer to 50% fast-twitch and 50% slow twitch, and that percentage is determined at birth. Fibre type is determined strictly by the nervous system, and for that reason cannot be changed with exercise."

One way to picture the difference between these two types of fibre is to think about chicken.

Chicken leg meat is dark because it is denser in slow-twitch muscle fibres and myoglobin (a protein that binds with oxygen, delivering it to the muscles as part of aerobic respiration). Because myoglobin is rich in iron (a bit like blood), it gives muscles a dark, reddish colour.

In fact, when you cut through a steak, the red stuff that comes out is myoglobinnot blood, which gets its red colour from the related haemoglobin.

Breast meat is light in colour because it is denser in fast-twitch muscle fibres and so less dense in myoglobin. Chicken breast muscles are only needed for short, sharp, anaerobic bursts of activity when the birds beat their wings, whereas their legs are more consistently being used.

In humans, the difference is less obvious. Our muscles are made up of a combination of these two fibres in lesser and greater amounts.

These fibres also play an important role in keeping us warm. When cold, our fast-twitch muscle fibres contract repeatedly and quickly – this is what shivering is. Each tiny, speedy contraction warms us up a little bit as energy is released. It's an energy-intensive way to keep warm, but it is quick and effective.

"One of the most effective methods for increasing body heat is muscle contraction," says Dunn-Lewis. "In fact, during exercise, 70-80% of calories burned result in heat."

The protein α-actinin-3 is missing completely in about 1.5 billion people globally. While they still have fast-twitch muscle fibres, their muscles are less explosive and instead are denser in slow-twitch fibres, meaning they rarely succeed in sports requiring strength and explosiveness, but they do succeed in endurance sports, according to the paper's authors. While they might be less capable at anaerobic movements, they can use energy more efficiently.

A mutation in the gene that encodes for α-actinin-3 resulted in the ancestors of humans who migrated from Africa into Europe 50,000 years ago losing the protein. This gene mutation might have helped European's ancestors to cope with the colder climate by wasting less energy shivering, instead relying on the efficient heat of their tonus.

"[This genotype] tends to be seen less frequently in ethnic groups associated with warmer climates – 1% in Kenyans and Nigerians, 11% in Ethiopians, 18% in Caucasians, 25% in Asians," says Dunn-Lewis. "According to the out-of-Africa model, this suggests that this genetic polymorphism increased as people migrated to cooler climates."

People lacking α-actinin-3 are better at keeping warm and, energy-wise, are able to endure a tougher climate.

Another aspect of our genetics might determine how we handle the cold: our fat. Just as we have two major types of skeletal muscle fibres, we have two types of fat – white fat and brown fat – one of which is important to keeping us warm.

Kristin Stanford, a cell biologist, and her co-authors at Ohio State University conducted a review of published research on the role of brown adipose tissue (brown fat) in regulating our heat. Brown fat is thermogenic, meaning it, like our slow-twitch muscle fibres, heats us up without needing to shiver. Just being exposed to the cold is enough to activate our brown fat, which can lead to weight loss. Stanford suggests this could be an area of investigation for treating obesity.

However, exercise appears to have a conflicting effect on our brown fat. It appears that exercising inhibits this activity – perhaps because when exercising we are generating enough heat through other mechanisms – though the authors stress that research is inconclusive at this stage.

While cold weather might prevent burning brown fat and our muscles can have slower nerve conduction speeds and poorer sports performance, "in practice, if an individual warms up properly... their body warms itself up quite readily", says Dunn-Lewis. It's no reason not to exercise in the cold.

"In fact, the best marathon times tend to be in cold weather, as the cold helps to better dissipate the heat generated during exercise," she says. "If not for the cold weather, the body would have to redirect resources away from muscle performance during endurance exercise to get rid of heat."

Not all top athletes fare better in the cold, however. Cold weather exacerbates exercise-induced asthma, which affects more than 35% of winter Olympic athletes. Colder air is less humid, as water vapour in the air freezes. It’s thought that the dry air initiates an inflammatory response in the lungs causing broncial constriction.

So, there are genetic reasons why some of us find it harder than others. The slight advantage afforded to some people with the α-actinin-3 mutation might explain their desire to wake up at dawn to swim in open water while others struggle to get out of the house for a run. For Matilda Hay, the heated public lido near her home will suffice for now.