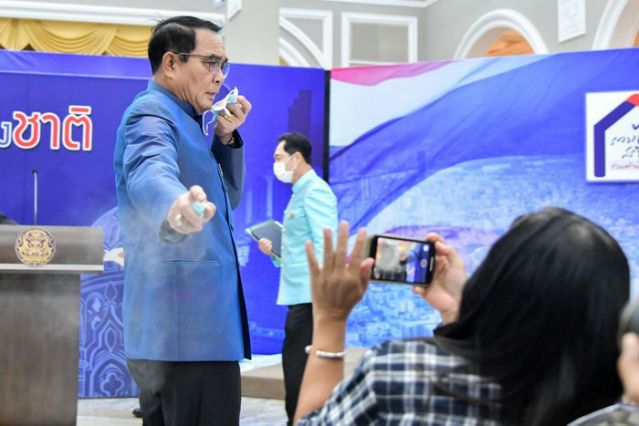 Thai Prime Minister Prayuth Chan-ocha surprised journalists at a recent press conference when he chose an unusual way to deflect their questions.

When asked about a cabinet reshuffle, he picked up a bottle of sanitiser and began spraying reporters.

The retired army general has been in power since a 2014 military coup, and has a history of acting controversially at press events.

In the past he was caught on camera patting a reporter's head and tugging his ear, and once brought out a life-sized cardboard cutout of himself to "answer" questions.